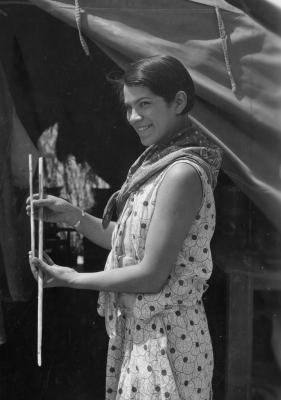 From the press release:
Center for New Mexico Archaeology to Open ’Women in Archaeology’ Exhibit on International Archaeology Day

Bertha was one of the first Native American female archaeologists. Here she is holding two atlatl darts from the Gypsum Cave Excavations conducted by the Southwest Museum where she served as a secretary, archaeologist, and ethnographer.