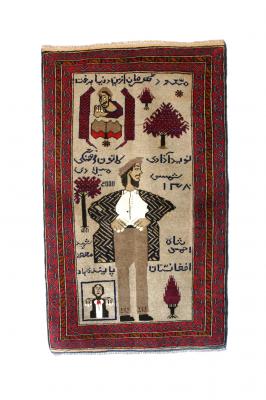 From the press release:
MOIFA Presents From Combat to Carpet: The Art of Afghan War Rugs