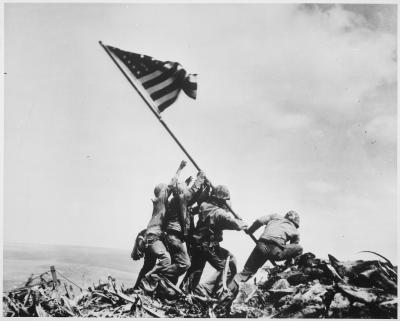 
In this historic photograph by Joe Rosenthal, taken on February 23, 1945, five Marines and a Navy corpsman raise a U.S. flag atop Mount Suribachi during the battle for the island of Iwo Jima in World War II. Corporal Ira Hayes (Pima, 1923–55) is on the far left.