A quiet revolution is taking place around the world led by women artisan cooperatives. Taking the initiative to collectively produce, manage, and market their crafts, they have enriched their lives and become powerful forces in their communities. On July 4, 2010 the Museum of International Folk Art inaugurates its’ “Gallery of Conscience,” a space dedicated to exploring contemporary issues affecting folk art production and consumption.

Focusing on ten cooperatives that illustrate how the power of such grassroots collaborations transform women’s lives, the exhibit brings together first person quotes, stellar photos, and stunning examples of the cooperatives’ handmade traditional arts to tell stories of how women folk artists are working cooperatively to:

•    Preserve and reinvigorate their traditional arts

•    Generate steady livelihoods for their families

•    Give back to their communities

•    Develop literacy programs for themselves and their children

“As the largest folk art museum in the world we have a responsibility to create a forum to discuss current issues that folk artists are facing around the world. This ‘Gallery of Conscience’ will be devoted to the examination of issues that threaten the survival of the traditional arts, bringing them to the attention of our visitors,” says Marsha Bol, Director of the Museum of International Folk Art. “We intend to address, over the course of the next few years, such issues as: the ecological implications of the acquisition of materials used in producing folk arts, the impact of political conflict and war on folk arts, and various economic and social issues that threaten to disrupt folk arts. We will also exhibit examples of successful solutions to such circumstances.”

There is a strong connection between this exhibition and the Santa Fe International Folk Art Market which has; “…always [been] a supporter of cooperatives, recognizing their power to bring both cultural and economic sustainability to communities,” said Folk Art Market Director Charlene Cerny, “Most of the cooperatives at the Market involve women.”

When anthropologist Dr. Suzanne Seriff was asked to guest curate an exhibition on women’s artisan cooperatives at the Museum of International Folk Art she had a unique perspective as head of the Folk Art Market’s Selection Committee. Seriff was; “…struck by the large numbers of women's cooperatives applying to the Market, and their incredible stories how working collaboratively changed their lives. In this exhibition I wanted to bring some of these larger stories to the public, to give the women a chance to speak for themselves—in their own words about their work and their lives and how women all over the world are improving their lives, families and communities with the power of cooperatives."

Nicholas Kristof recently wrote in the New York Times how these women’s artisan cooperatives are change agents in the developing world. One Moroccan woman teaches a village to read. An embroideress from Gujarat takes out a loan for the first time at the local bank. A Hutu woman from Rwanda works side by side with a Tutsi to make the peace baskets that are working to heal their war-torn country. In Swaziland, the village women use profits from the sale of their handwoven sisal baskets to feed and educate the hundreds of children in their village orphaned from AIDS. In Bolivia, displaced Ayorean women learn to cultivate the bromiliad plants that were once native to their jungle habitat and from which they weave their native dress and hand dyed bags. Women artisans from all over the world are using the power of artisan cooperatives to reach new markets and transform their lives.

Two representatives from each cooperative featured in the exhibit will participate in a full week of demonstrations, discussions, lectures, and artist-led exhibit tours beginning with a facilitated roundtable discussion with the curator during the opening on July 4, 2010 from 2:00 to 4:00 p.m. The opening will be hosted by the Women’s Board of the Museum of New Mexico from 1:30 to 3:30 p.m.

Empowering Women: Artisan Cooperatives That Transform Communities runs July 4, 2010 through May 8, 2011. High resolution exhibition images may be downloaded from the media center. 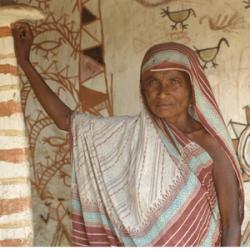 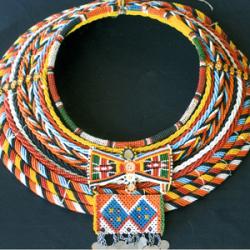 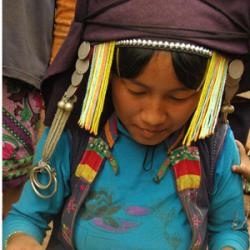 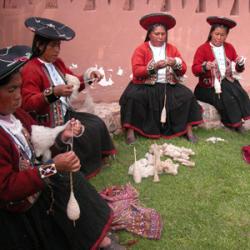 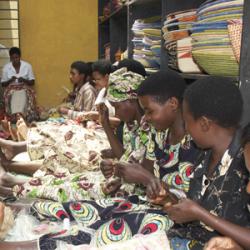 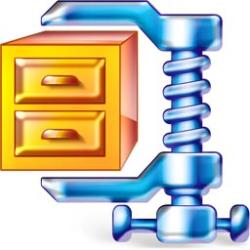