Drawn primarily from the New Mexico Museum of Art’s extensive collection, Horizons shows the wide and dynamic range of styles, personalities, cultures, and forms that visual creative expression took in the 20th century, and combines to show the heart of a land that became a major center for artistic expression in a remarkable period of human history.

With a contemporary focus since the beginning, the New Mexico Museum of Art has been a progressive advocate for the arts over the past hundred years. Focusing on the museum’s historic collection, Horizons honors our institution’s history as a locus for creativity. This exhibition, including paintings, drawings, prints, and furniture, highlights the impact of the museum in creating an artistic identity for the state.

Major themes will include the founding of the museum, Native arts, a spotlight on Gustave Baumann, 20th century art and community, furniture design in New Mexico, and a selection of work voted on by visitors.

Shifting Light offers a twenty-first century perspective on the museum’s long-term engagement with the popular medium of photography. Organized into the broad categories of place, identity, and creativity, the exhibition juxtaposes photographs in ways that amplify their meanings and suggest new narratives. Ansel Adams’ famous 1940 photograph Moonrise, Hernandez is paired with a 1975 landscape by Thomas Barrow from his series Cancellations, while Alfred Stieglitz’s 1918 portrait of Georgia O’Keeffe keeps company with images by Anne Noggle and Joyce Neimanas.

Using portraits and oral histories, the show introduces some of the personalities in New Mexico’s twentieth-century photography scene, such as artist Laura Gilpin and curator Beaumont Newhall. Collectors, another integral part of the photography community, are represented by a changing selection of promised gifts that are pledged as future additions to the museum’s collection. Visitors are invited to write or draw their own memories, favorite photographs, and other responses to the show. Vintage exhibition announcements, brochures, and publications tell a complementary story of photography’s growing prominence at the museum from the mid-1920s to the present.

The exhibition closes with work that challenges perceptions about photography and suggests future directions, including its changing role in museums.

Contact: Local to Global, like the other centennial exhibitions, highlights the engagement of artists with New Mexico, the Museum of Art with artists and collectors, and New Mexico’s engagement with the national and international arts community. Additionally, the exhibition looks beyond those very literal intersections and implicates larger ideas about contact such as our engagement with the land and environment, our communities’ alignment with one another, and more broadly the implications of contact such as the discovery of the New World, and space exploration.

Contact: Local to Global has two interrelated components – the first focuses on works by artists like Bruce Nauman, Agnes Martin, Frederick Hammersley and Susan York who have lived and worked in the region, as well as artists and artworks with differing connections to New Mexico.

A second component of more contemporary artworks directly address issues of land, location and environment includes site specific installation Pollination by indigenous collaborative Post-commodity, single channel videos The Placeless Place by Berlin and New York based artists Ati Maier, and Yorgo Alexopoulos’s work Everything In-Between. Alexopoulos’ work, a 4K animation with custom electronics, was shot and commissioned in New Mexico underscoring the continued relevance of the centuries-old tradition of artists making work that is a meditation on the New Mexico landscape. 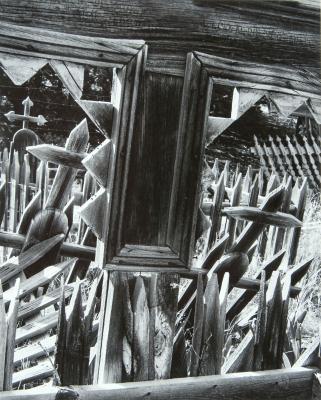 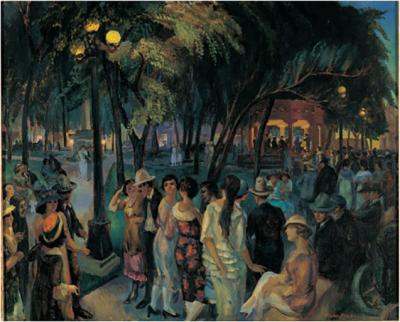 John Sloan, Music in the Plaza 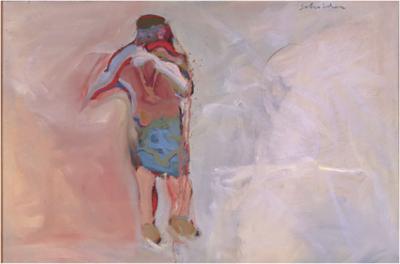 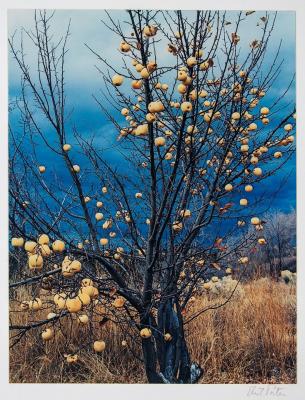 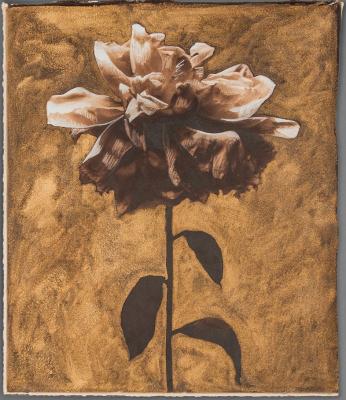 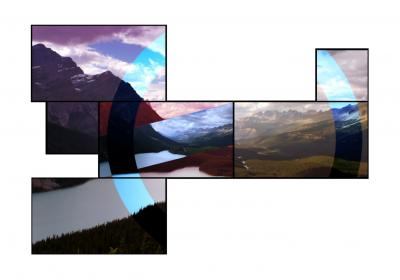 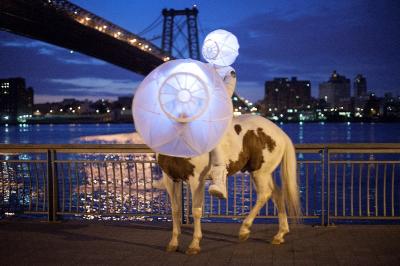