(Santa Fe, New Mexico) – Girard: Culture x Design is a two-day symposium examining the creative force of Alexander Girard, a luminary of modern design whose close engagement with traditional arts, whimsical toys, and everyday objects from around the world created a broad and influential body of work.  Symposium speakers and moderated discussions will examine Girard through various lenses in order to create a more complex and textured understanding of his place in the history of American design as well as explore his approach to collecting and exhibiting global material culture. The symposium will take place from 9:00 a.m. to 3:30 p.m. on October 18 and 19, 2019, at the Museum of International Folk Art (MOIFA), Santa Fe, New Mexico, an appropriate location for a multi-faceted examination of his creative process, as Girard had a long-standing relationship with the museum and made Santa Fe, New Mexico, his home for more than forty years.

Alexander Girard was one of the premier textile designers of the 20th century, as well as a designer of interior environments known for their sense of play yet order, exuberant yet structured. He became head of the textile division of Herman Miller in 1951, and during the next two decades designed more than 300 fabrics for Herman Miller alone. Among his best known textiles are the Environmental Enrichment Panels, a series of designs intended to "humanize" the modern office through color and imagery that was informed by folk art.

The symposium will be held alongside three important exhibitions shown concurrently at the Museum of International Folk Art. Alexander Girard:  A Designer’s Universe is the first major retrospective of the designer’s work, organized by The Vitra Design Museum in Germany.  Girard’s Modern Folk examines the way that Alexander Girard looked to the motifs of traditional arts for the modern aesthetic of his textiles.  In addition, the Museum of International Folk Art (MOIFA) is home to one of the few remaining examples of Girard’s designed environments.  Girard created and installed Multiple Visions: A Common Bond in 1982 from his 106,000-object folk art collection.  Here, modern design and folk art converge.

This trio of exhibitions invites museum guests to do more than observe the art of one of the titans of mid-century design, and the symposium Girard: Culture x Design takes the experience of seeing a step further.  By inviting contributors to explore Girard through multiple disciplines—design, art history, folklore, anthropology, and museology—this symposium offers previously unexplored perspectives on Girard and insists on a more complex understanding of his role in both worlds. Girard: Culture x Design will also situate folk art as more than a mere footnote to Girard’s design career.

Participants in the symposium include:

$225 for non-members / $200 for members of the Museum of New Mexico Foundation  $150 for students with valid ID, and MOIFA  docents and volunteers

To register online for the symposium, visit https://www.museumfoundation.org/girard-symposium/ 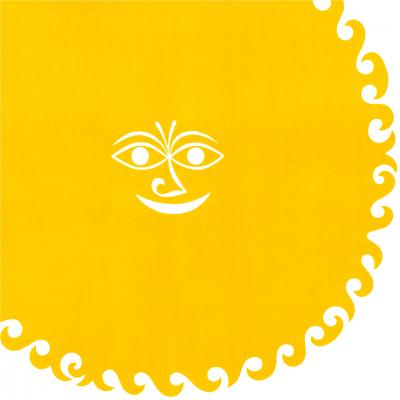