(Santa Fe, NM) – Dr. Sharyn Udall will give a free lecture entitled “Agnes Pelton and Georgia O’Keeffe: Natural and Mystical Impulses” on Wednesday, October 16, 2019 at 1 p.m. at the New Mexico Museum of Art. This lecture is collaborated with the traveling exhibition, Agnes Pelton: Desert Transcendentalist, currently on view at the Museum of Art. Dr. Sharyn Udall is an art historian, author, and independent curator who has written, taught and lectured widely on 19th and 20th century American and European art. The author of eight books, as well as many exhibition catalogs and scholarly articles, her special research interests include the art of the Southwest, American modernism, women in the visual arts, and the creative connections among visual artists, performing artists and writers. Her most recent book is Dance and American Art: A Long Embrace.

New Mexico residents 60 and older are admitted free on Wednesdays with ID.

Activity Station at the Museum of Art

An activity station connected with the exhibition has three opportunities to engage - perfect for children, families, or anyone visiting Agnes Pelton: Desert Transcendentalist.

Explore Color and Shapes: Use a light box and shapes to make a composition which individuals can draw using colored pencils and paper.

Write a Poem: Agnes Pelton was a writer as well as a visual artist. Many of her paintings have an associated poem that Pelton wrote. Write a poem inspired by one of her paintings.

Sensory Drawing: Synesthesia is a condition which allows a person to process one sense in more than one way. For an example, what if you could both hear and see a sound? Agnes Pelton didn’t have synesthesia, but she did work with the idea of what different senses would look like. Put on the headphones, close your eyes, and listen to the sounds. Do the sounds help you “see” anything in your mind? Then try to draw what you hear.

More about the exhibition

The traveling exhibition, Agnes Pelton: Desert Transcendentalist, on view now until January 5, 2020, surveys the works of an artist who made significant contributions within twentieth-century abstraction. Pelton’s work has been associated with Georgia O’Keeffe and Marsden Hartley, and yet remained unrepresented in critical artistic spaces until recently. The exhibition contextualizes Pelton with her peers in the American modernist abstraction movement. 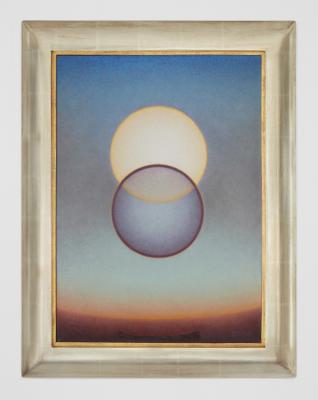 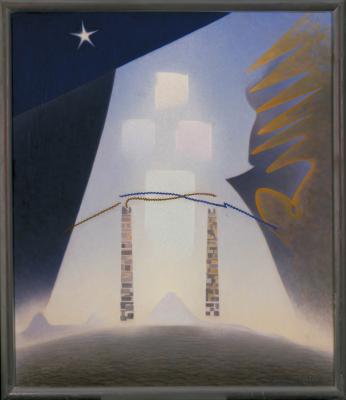 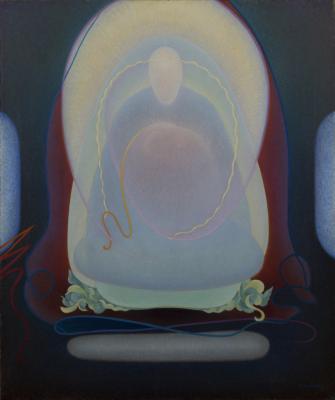 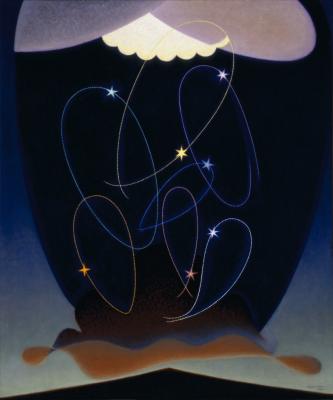 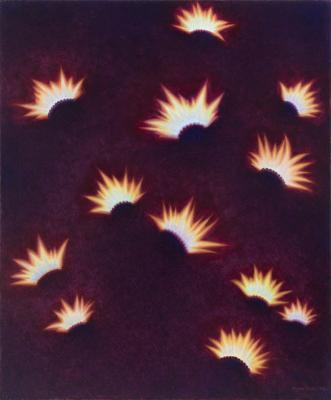 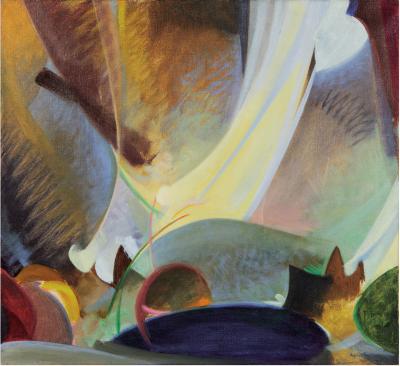 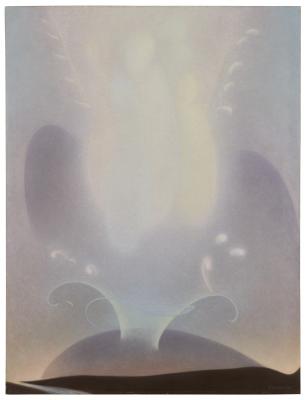