Lara Manzanares is a bilingual singer-songwriter of Northern New Mexican heritage. In addition to singing the traditional New Mexican canciones of her sheep-ranching childhood, Lara also composes her own style of music in both English and Spanish. Through a combination of storytelling and songs both playful and sincere, Lara draws on her rural New Mexican roots and her urban experiences across the U.S. and abroad as she sings about love, loss, a sense of place, and her own connection to the land.

After several years spent living across the U.S., Lara returned to New Mexico in 2016 with her guitar and several original songs in tow. In 2017 she recorded her first original album at Santa Fe’s The Kitchen Sink Studios with producer and sound engineer Jono Manson, backed by a phenomenal cast of musicians including Mark Clark, Justin Bransford, Jono Manson, Jordan Wax, Char Rothschild, Felix Peralta, and Rafael Herrera. The album, Land Baby, contains original songs in both English and Spanish. It received several nominations at the 2018 New Mexico Music Awards and went on to win Album of the Year.

Just like Lara’s upbringing and New Mexico itself, her music is a complex yet deeply cohesive mixture of cultures and sounds: deeply rooted but never still, heartfelt and humorous, simultaneously ancient and innovative. She continues to explore her New Mexican musical heritage and write and record songs while living in the Albuquerque area. Her most recent single, "Dear John," was nominated as a finalist in the Americana category at the 2019 New Mexico Music Awards. You can listen to her music learn more about Lara by visiting her website, laramanzanares.com.

706 Camino Lejo, on Museum Hill in Santa Fe, NM 87505. (505) 476-1200. Hours: 10 a.m. to 5 p.m. daily, May through October; closed Mondays November through April, closed Easter Sunday, Thanksgiving, Christmas, and New Year’s Day. Events, news releases and images about activities at the Museum of International Folk Art and other divisions in the Department of Cultural Affairs can be accessed at media.newmexicoculture.org/. 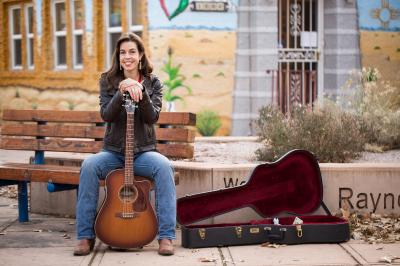 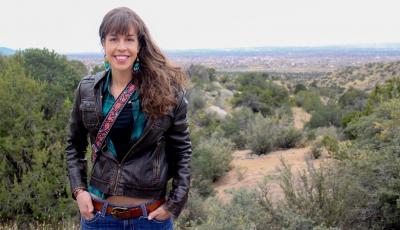