(Albuquerque, New Mexico) -- During 2019, the National Hispanic Cultural Center (NHCC) Art Museum permanent collection grew by 258 artworks. While some artworks were purchased with the help of the museum’s small acquisitions fund, the majority were generous donations from collectors and artists alike.

The mission of the NHCC Art Museum is to collect, preserve, research, exhibit, and interpret Hispanic works of art from throughout the world that range in origin, media, subject-matter and more. The collection is home to just under 3000 artworks.

With a small and at times, non-existent acquisitions budget, the collection has largely been built through the generosity of donors who believe in the work the museum does and the power of artistic production in our social world.

“Because the museum’s mission is so broad, encompassing the whole Hispanic diaspora, the works we’ve acquired this year play a critical role in telling the complex story of Latino art,” says Dr. Tey Marianna Nunn, Director and Chief Curator of the NHCC Art Museum and Visual Arts Program. “This is a stellar group of artworks and we can’t wait to put them on display.”

From one of the museum’s devoted donors, they received a large number of Mexican ceramics, a variety of Milagros, artworks from Perú, Guatemala and more. Another large donation from a fan of the museum includes 21 crosses, many of which were made by New Mexican artists.

The museum’s current exhibition in the Community Gallery, Southwest of Eden: The Art of Adam and Eve, features artworks lovingly collected by Dr. Joyce Kaser over the span of 12 years and this year, she gifted the entire collection to the museum.

“It’s really great when artworks from a variety of exhibitions come into the collection,” says curator, Jadira Gurulé. “It helps us keep the ideas informing these exhibits relevant over time as the artworks are shown in conversation with other artworks and exhibits.”

The museum was able to acquire a piece by Las Cruces based artist, Pamela Enriquez-Courts titled, Justice for All, in honor of former NHCC Executive Director, Rebecca Avitia. The piece is one that honors and memorializes Claudia Patricia Gómez González and it speaks to another piece acquired this year by the beloved South Valley artist, Eric J. Garcia.

Another donation was of four prints, one by Luis Jiménez titled Hondo Valley, and three others inspired by Jiménez’s artistic legacy, created by Danny Alvarez, Gene Flores and Manuel Guerra.

Two works of public art were accepted into the collection by Jocelyn Lorena Salaz. These artworks, Regalo and Bendición, were featured in the exhibit, This Place Where I’m From: Three Emerging NM Artists at the NHCC in 2011. This exhibit holds a special place in the heart of curator, Jadira Gurulé, as the first exhibit she curated back when she was an intern at the NHCC.

Many across New Mexico were deeply saddened by the loss of two significant artists, Arturo Olivas (1958-2017), who was a santero and retablo artist, and Valerie Roybal (1969-2018), who worked in mixed media. The NHCC Art Museum acquired artworks by both artists in 2019, a retablo titled, San Miguel Arcángel, by Olivas and two collages, Interbeing 1 and BFF Dream, as well as a number of embroideries by Roybal.

The museum closed out 2019 by bringing in nine more artworks in December. These include additions to the collection of Adam and Eve artworks, a work by artist Mike Moreno that is key to the story of the performance artist Robert “Cyclona” Legorreta and their activism with the organization VIVA, one of the first gay and lesbian Latinx arts organizations in Los Angeles. Additionally, the museum received an incredible retablo featuring Saint Kateri and calling attention to movements for justice for missing and murdered Indigenous women by Vicente Telles.

“We are so thankful to donors who want the museum to be a home for their collections and appreciate their support and recognition of Hispanic and Latino artists and the work that we do here,” says Nunn. “It’s been such an exciting year and we look forward to sharing these contributions.”

The NHCC Art Museum considers donations of mission-related artworks year-round and is deeply grateful for all contributions to the acquisitions fund. If you have questions about this process or are interested in making a contribution, please contact the NHCC at (505) 246-2261. 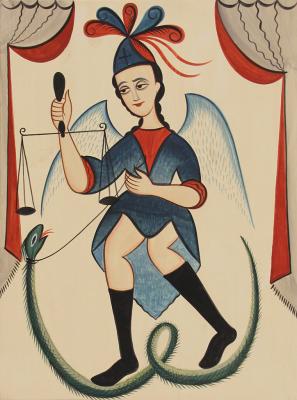 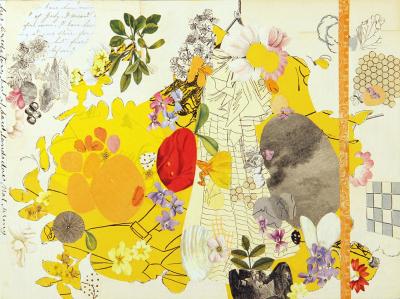 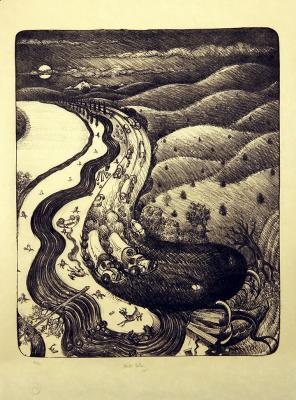 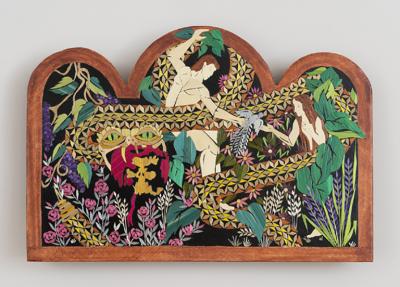 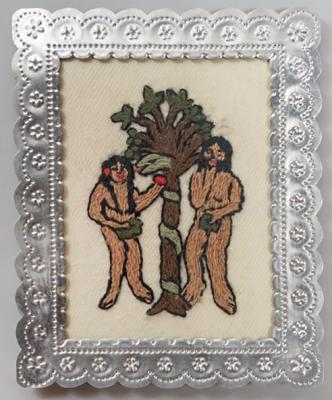