(Santa Fe, New Mexico) – On Sunday, February 2, 2020, at 1 p.m., the Museum of Indian Arts and Culture hosts Dr. Joseph “Woody” Aguilar for “An Indigenous Archaeology of a Colonial Encounter in the Pueblo Southwest,” which is based on Aguilar’s research and fieldwork over the last decade. An enrolled member of San Ildefonso Pueblo, Aguilar received a Doctorate of Anthropology from the University of Pennsylvania last year.

Aguilar’s primary research focuses on the archaeology of the Southwest, with a specific interest in Spanish-Pueblo relations during the late 17th Century. His general research interests include indigenous archaeology, landscape archaeology, and Tribal historic preservation. His dissertation research – a collaborative project with San Ildefonso Pueblo – examines Tewa resistance to the Spanish Reconquest efforts in the latter part of the Pueblo Revolt Era (1680 – 1696), as evidenced in the archaeological, historical, and oral records.

Aguilar received his BA in anthropology from the University of New Mexico in 2004. The recipient of five fellowships during his Ph.D. path, Aguilar has authored several publications – mostly focusing on the Pueblo Revolt – during his tenure as a student, and has presented more than two dozen papers and posters at conferences and symposiums.  Dr. Aguilar worked as an undergraduate research tech at Los Alamos National Laboratory (LANL) from 2001 to 2004 and served as an archaeology intern at LANL in 2002. He continued at LANL as a graduate research assistant from 2004 to 2009.

Currently, Dr. Aguilar is an advisory board member for the Pueblo de San Ildefonso Tribal Historic Preservation Office, and a member of the Native American Advised Fund of the Santa Fe Community Foundation.

Aguilar’s talk is free and open to the public as it is set to take place on the first Sunday of the month.

An Indigenous Archaeology of a Colonial Encounter in the Pueblo Southwest 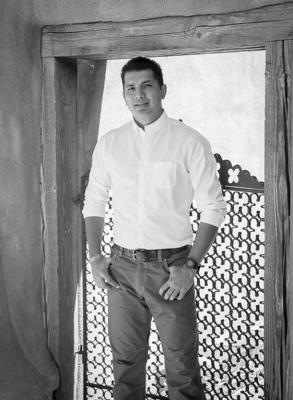