Lienzo Charro El Pedregal, a group made up of Daniel Castro of Vado and his family, will perform trick roping and traditional Mexican charrerada demonstrations from 11 a.m. to 12 p.m. each day.

“The best part of what we do is that we’re able to do it as a family,” said Castro. “My kids are by my side learning part of our culture and tradition through our shows. It’s important to us to keep our heritage alive for future generations.”

Another addition to Cowboy Days this year is horse training demonstrations by Josh Armstrong. He has trained reined horses in the Mesilla Valley since 1986 and has won the All-American Quarter Horse Congress and the European Championships. He has taught throughout North America and Europe as well as in Japan and the Middle East. His demonstration will be from 1-2 p.m. each day.

These exciting demonstrations will be in the Museum’s Round Pen where the popular Parade of Breeds cattle program also will be held (12-1 p.m. and 2-3 p.m. each day).

While culture, skill, and entertainment highlight Cowboy Days, food also is a big part of the event. Crews from the Museum’s chuckwagon and the Lonely Goat Ranch chuckwagon from Roswell will offer some free samples, and there also will be an array of food vendors selling everything from hamburgers, turkey legs, and snow cones to Native American cuisine from Jemez Pueblo. A wide variety of craft vendors also are part of the festival, and the Museum will sell plants from its Greenhouse.

The Museum’s Theatre Troupe will perform “How the West was Done,” twice each day (12-12:45 p.m. and 2-2:45 p.m.). The entertaining show features cowboy stories, trivia, poetry and a brief melodrama.

Sid Hausman of Santa Fe headlines the musical performances this year. He is a singer songwriter of cowboy tales and western lore that reflect his experience with ranching, the influence of American Indian and Hispanic cultures, and the rural environment of the American West. A master of several musical intruments, Hausman tours throughout the West and has performed four times in Scotland.

Another addition to Cowboy Days this year are the Muletones, an old-time stringband, headquartered along the sparsely populated line between Hudspeth County, Texas, and Otero County, New Mexico. Offering a mix of antique fiddle tunes and folk songs of indeterminate origin, as well as early country and bluegrass selections rendered in old-time stringband fashion, the Muletones deploy the standard combination of fiddle, clawhammer-style banjo, and acoustic guitar, while also believing firmly the old adage "there’s always room for cello."

Children and families always enjoy Cowboy Days and there is plenty for them to enjoy. Children can ride a pony for $5 and the mini-train for $3. Stagecoach rides also are offered, and there will be crafts and games for the kids, courtesy of the Museum’s Education Department, as well as New Mexico Historic Sites (Fort Selden, Lincoln and Fort Stanton).

Two new demonstrations this year are rawhide braiding and arrowhead making. Other demonstrations include blacksmithing, weaving, wool spinning, quilting and woodcarving. A square dancing demonstration by Live Lively in the Courtyard takes place each day at 2:30 p.m.

Ollie Reed of Corrales, Melody Groves of Albuquerque, and Carol Potenza of Las Cruces will represent the Western Writers of America.

A New Mexico journalist since 1976, Reed worked as a reporter for The Albuquerque Tribune for more than 31 years and is now a staff writer for the Albuquerque Journal. He contributes articles to magazines such as True West and New Mexico Magazine and is an editor of and a contributor to the book "Max Evans & a Few Friends." He received the 2016 Rounders Award, which is presented by the New Mexico Department of Agriculture to those who "live, promote and articulate the western way of life."

Potenza was born in Hawaii but moved in 1991 to Las Cruces where she is an assistant professor, teaching classes in biochemistry, at New Mexico State University. Her debut novel, "Hearts of the Missing," won the 2017 Hillerman Prize for the best first mystery novel set in the Southwest.

Groves loves everything about the Old West and has written about it in nonfiction books such as "Ropes, Reins and Rawhide: All About Rodeo" and in novels such as "Border Ambush" and "She Was Sheriff." She is the recipient of a 2018 National Press Women Award and a 2017 New Mexico/Arizona Book Award.

On Saturday, the New Mexico Department of Cultural Affairs traveling exhibit bus, “Wonders on Wheels,” will be at the event. A special presentation on Sunday at1 p.m. in the Museum’s Theatre is author and historian Ralph Estes presenting “Billy & Me.”

Admission to Cowboy Days includes all of the regular Museum offerings, including exhibits such as Home on the Range: From Ranches to Rockets, and Saddlemakers of the Southwest.

The New Mexico Farm & Ranch Heritage Museum is located at 4100 Dripping Springs Road in Las Cruces. The Museum is a division of the New Mexico Department of Cultural Affairs. For more information, call (575) 522-4100 or visit www.nmfarmandranchmuseum.org. 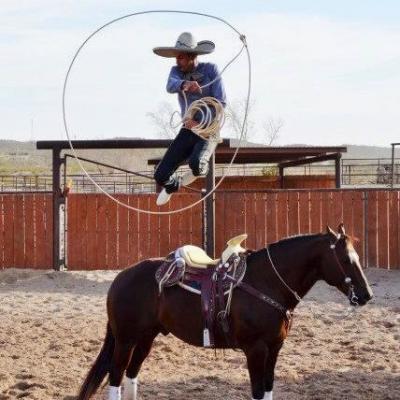 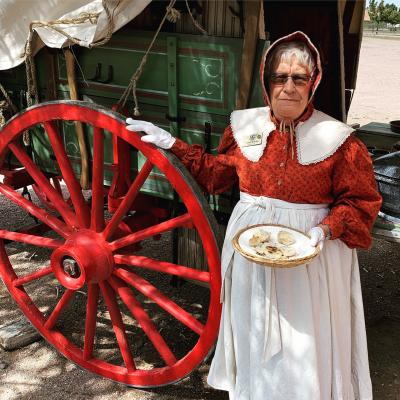 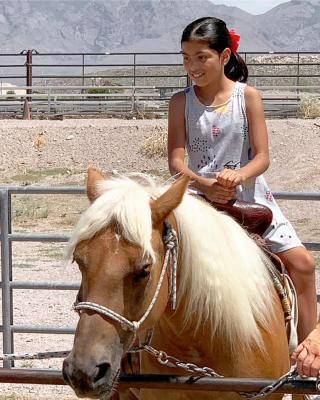