“For a long time, Native people have recognized the need and void that’s existed in the media field, with other people telling our history, interpreting our messages, and speaking in their own voices to tell our stories,” said Della Warrior, director of MIAC. “So it’s been a long time coming that we’ve seen more natives going into media, as journalists, broadcasters, and filmmakers,” said Warrior. “At MIAC, we wanted to take a pause – because it’s Women’s History Month – to recognize some of the leaders and trailblazers in this career path. The women we’ve chosen to honor are some of the first Native women in the media field.”

The awards are sponsored by the Native American Advised Fund of the Santa Fe Community Foundation, Native Women Lead, and Indigenous Goddess Gang.

More about the honorees:

Royale Dá (San Ildefonso) is the morning anchor at KOAT-TV in Albuquerque, where she’s worked for more than a decade. She’s a two-time Emmy winning television journalist with more than 15 years of experience in the industry. She’s from the San Ildefonso Pueblo and works each day to make sure the stories impacting Native Americans get the coverage they deserve. She’s the great-granddaughter of world renown potter, Maria Martinez, and daughter of the late painter and potter, Tony Dá. Royale’s greatest accomplishment is being the mother of her two young children ages two and three. She’s also happily married to a wonderful man and their family resides in Albuquerque.

Tara Gatewood (Isleta Pueblo) has hosted Indigenous Foundation on KSFR since 2009. She’s also the host of the nationally syndicated radio show Native America Calling, heard live Monday through Friday on more than 50 US radio stations. Gatewood has more than 20 years of journalism experience, working as a broadcaster, newspaper reporter, and video documentarian across the country. Her work has appeared in the Boston Globe, St. Paul Pioneer Press, Aberdeen American News, and Transmission Magazine. She also owned and operated Intu Media which specialized in print, photo, and video marketing as well as public relations for Native American organizations and artists. She has also worked on video documentaries about Native Americans.

Diane Reyna (Ohkay Owingeh Pueblo/Taos Pueblo) grew up at Taos Pueblo. Although she didn’t study art formally, she learned about fine Native art through her father’s Tony Reyna Indian Shop. Besides selling quality Indian arts from Taos Pueblo and other tribes, the shop served as a gathering place for artists and craftspersons. Diane studied pre-law at New Mexico State University, then completed her degree in University Studies at the University of New Mexico in Albuquerque. With a focus on journalism, she worked for eleven years in television news as a videographer with KOAT-TV, the ABC affiliate in Albuquerque, and as a video documentary producer. Her video documentary experience culminated with the production of the Peabody award-winning “Surviving Columbus”. This landmark two-hour program documented the history of the Spanish and Anglo-American invasion of the Southwest as seen through the eyes of Pueblo people. The film debuted on Columbus Day, October 12, 1992, on PBS nationwide. The production was co-produced with production teams from KNME-TV in Albuquerque and the Institute of American Indian Arts. Diane also serves as the Curator of Education at the Wheelwright Museum of the American Indian in Santa Fe.

Beulah Sunrise (Diné/Santo Domingo Pueblo) is active in Tribal traditions, being a Powwow Dancer and Announcer and participating as an International Traveling Dance Performer, which paved the way for her career in radio and hosting/announcing. She has served many years as an Announcer/Host/MC for the Gathering of Nations Celebration, being one of the first Female Powwow Announcers and a recurring Host of the Miss Indian World Pageant as well as a host of many musical events both Native and non-Native. Beulah has been the Producer, Creator, & Host of "Native Music Hours”- for decades, and a Radio Announcer and Producer for the diverse radio genres on KANW-FM in Albuquerque, NM. She also has been the Co-Producer, Creator & Host of the Gathering of Nations Internet Radio on I-HEART RADIO. Beulah has been a voice on New Mexico and International radio and television since the age of 14. 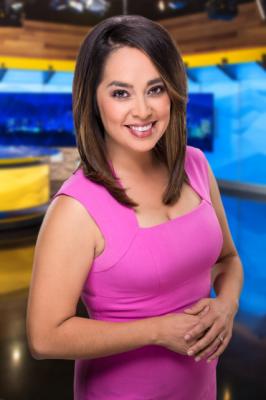 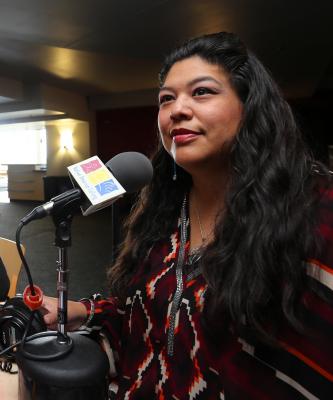 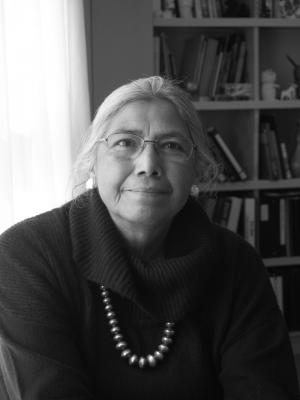 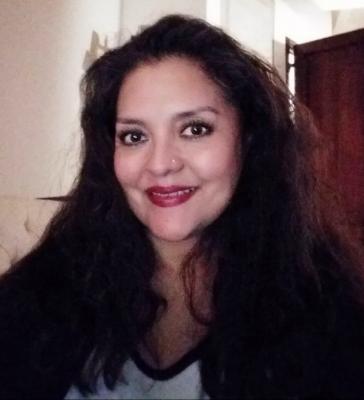