SANTA FE, N.M. – The New Mexico Department of Cultural Affairs (DCA) announced today that Josefa Gonzalez Mariscal has been named executive director of the National Hispanic Cultural Center (NHCC) in Albuquerque. She is expected to begin on May 3, 2020.

“I look forward to Josefa’s leadership of the NHCC in the months ahead as we approach a time when our museums and cultural institutions can safely be reopened to the public,” stated Debra Garcia y Griego, Cabinet Secretary for the New Mexico Department of Cultural Affairs. “Ms. Gonzalez Mariscal and the Department officially agreed to an offer in early March. A decision was made to postpone the announcement due to concerns surrounding the novel coronavirus outbreak.”

At the NHCC, Gonzalez Mariscal will work with staff directors to create, develop, and implement programs consistent with the center’s mission; manage a staff that works in the areas of administration, history and literary arts, performing arts, and visual arts; advocate for funding of the center’s programs and assist the NHCC Foundation with fundraising initiatives; and raise the profile of the NHCC locally, nationally, and internationally.

Opened in 2000, the National Hispanic Cultural Center showcases Latinx and Hispanic art and culture from throughout the world. The center is home to three performing arts theaters – including the Roy E. Disney Center for Performing Arts – a dynamic art museum, research library, genealogy center, restaurant, and one of the largest concave murals in North America, located inside the center’s Torreón.

“I am passionate about promoting and preserving Latinx and Latin American cultural heritage and, even more so, educating the community about it,” said Gonzalez Mariscal, who was one of 43 applicants in the initial pool of candidates for the executive director position. “I strongly believe in facilitating exhibitions, public art, workshops, and fairs that expose the public to the arts, and I am adamant about promoting equal access to quality art to diverse communities.”

Gonzalez Mariscal previously spent 20 years as a fine arts appraiser and consultant. Recently, she curated the collection for the soon-to-be-inaugurated Mexico City offices of the Swiss pharmaceutical company Novartis, and she was a consultant for Muzo Emerald Colombia concerning marine archaeological artifacts and significant colonial pieces from the Americas.

She has also aided in the recovery and repatriation of cultural patrimony artifacts of the Americas, and acted as a consultant to federal agencies on the identification of artworks to help combat the illegal trade of art and cultural artifacts. Gonzalez Mariscal has been nominated twice to the Cultural Property Advisory Committee by the United States Department of State.

Gonzalez Mariscal, who’s been living in Houston for the past 30 years, had been a cultural attaché for the Consulate General of Mexico in that city, promoting Mexican culture; organizing art exhibitions, concerts, lecture series, book fairs, festivals, and parades; and was a regular contributor to a consular weekly segment on the local Univision television station.

She also worked as a consultant and appraiser on fine art donations to the Metropolitan Museum of Art in New York; the Museum of Fine Arts, Houston; and the Los Angeles County Museum of Art.

A native of Mexico City, with dual Mexican and American citizenship, Gonzalez Mariscal also worked as a consultant at the Museo Colegio de las Vizcainas, having developed the initial project for the creation of a museum within the school; an assistant registrar at the Museo Rufino Tamayo, a public contemporary art museum; and a research assistant for the general curator at the Museo Nacional de Historia, where she assisted the museum’s general curator in research on the history of Mexican museums. 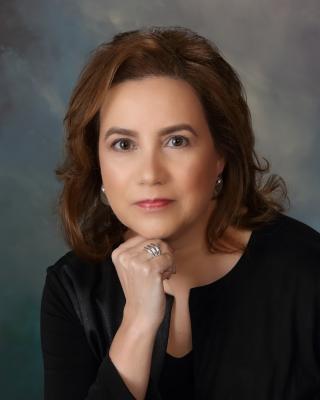