“Our Fair New Mexico” includes performances by musicians living in New Mexico. On Friday, May 15, the seventh concert of the series will feature New Mexican string band Lone Piñon and was filmed in the band members’ homes and outdoors while practicing social distancing. Hosted by the Museum of International Folk Art, watch the concert at 7 p.m. on the museum’s Facebook page at https://www.facebook.com/InternationalFolkArt/

Since 2014, Lone Piñon’s music has celebrated the integrity of the region’s cultural roots. With fiddles, upright bass, accordions, vihuela, mandolin, guitars, jarana huasteca, and vocals in Spanish, English, Nahuatl, and P’urepecha, they play a wide spectrum of traditional sounds that are at home in New Mexico. With the guidance of their elders, years of studying and practicing, and with the experience of hundreds of performances under their belt, Lone Piñon has brought the language of traditional New Mexico music back onto the modern stage and dance floors, and into the ears of a younger generation.

Some of Lone Piñon’s performances have taken them to both the Kennedy Center’s Millennium Stage and the Library of Congress in Washington, D.C. The band continues to rise in popularity as traditional New Mexico music artists.

For a list of upcoming “Our Fair New Mexico” performances, please visit http://newmexicoculture.org/virtualconcerts. 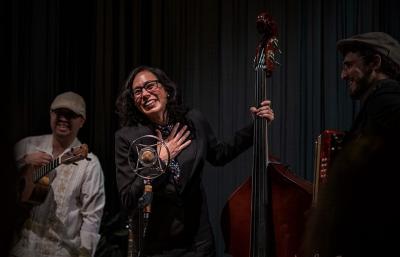 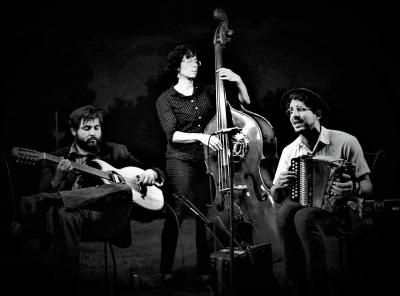