The Museum of Indian Arts & Culture (MIAC) is excited to announce a new virtual speaker series called "Indigenous Storytelling in Literature and Arts." The first of these weekly presentations will begin at 1 p.m. MST on Thursday, November 5, 2020.

According to Dr. Debbie Reese (Nambé Owingeh), “Children are inundated with stereotyped and biased images of Native people in the fiction, non-fiction, and textbooks they read. As a result, Native children’s’ self-esteem is harmed and non-Native children are miseducated. Recent years have shown a small but steady increase in books by Native writers that counter harmful imagery, though there is still significant work to be done.”

These conversations are an extension of MIAC’s ongoing work with local schools and educators and are meant to serve as a resource for New Mexicans to learn about Indigenous communities throughout the Southwest. Their critical work is expanding the knowledge and understandings of Indigenous voices in literature and the arts.

“We are enthusiastic to host such an accomplished group of speakers,” said MIAC Executive Director Della Warrior (Otoe-Missouria). “This series is timely for MIAC as we continue to develop programs focused on showcasing the diversity of Indigenous educators and artists.”

Below is a schedule of speakers:

Who: Dr. Debbie Reese (Nambé Owingeh)
When: Thursday, November 5, 2020, 1 p.m. MST
About the speaker:  Enrolled at Nambé Owingeh, Dr. Reese’s research on Native peoples in children’s literature is taught in English, Library Science, and Education classrooms in the United States and Canada. Dr. Reese’s education started at the day school at Nambé. She became a teacher and taught at Albuquerque Public Schools, Pojoaque Elementary School, and Santa Fe Indian School. She has a B.S. in Education from the University of New Mexico, an M.A. in Education from the University of Oklahoma, a Ph.D. in Education from the University of Illinois, and an MLIS from San Jose State University. Her blog, “American Indians in Children’s Literature,” is widely recognized as a leading resource for teachers, librarians, parents, writers, and professors. She is a co-adaptor of “An Indigenous Peoples’ History of the United States for Young People,” which won an Honor Award from the American Indian Library Association and was on numerous "Best of" book lists in 2019.

Who: Laurel Goodluck (Mandan and Hidatsa & Tsimshian)
When: Thursday, November 12, 2020, 1 p.m. MST
About the speaker: Laurel Goodluck writes picture books with modern Native themes that reflect Native children’s cultural experiences and everyday life, showing Native children that they have a perspective that is unique and powerful. Raised in the San Francisco Bay Area, Laurel comes from an intertribal background of Mandan and Hidatsa from the prairies of North Dakota, and Tsimshian from a rainforest in Alaska. Laurel received both a B.A. in Psychology and an M.A. in Community Counseling and Family Studies from the University of New Mexico. She began writing by crafting a curriculum for community advocacy involving Native teen leadership and later for children newly diagnosed with mental health challenges. Laurel lives with her Navajo husband in Albuquerque, where they raised two children also bent on storytelling in journalism and filmmaking. She was a recipient of the 2019 We Need Diverse Books Picture Book Mentorship and was paired with award-winner author Traci Sorell. She also received a competitive funding grant from New Mexico Writers to support new works in progress.

Who: Daniel W. Vandever (Navajo)
When: Thursday, November 19, 2020, 1 p.m. MST
About the speaker: From Haystack, New Mexico, Daniel W. Vandever,(Navajo) is the Communications Director of Navajo Technical University, where he also serves as an adjunct instructor. Vandever obtained his undergraduate degree in Strategic Communication from the University of Missouri and his graduate degree in Community and Regional Planning from the University of New Mexico. Vandever volunteers for the Crownpoint Navajo Rug Auction, providing technical support and helping local weavers sell their rugs. Vandever comes from a long line of educators and is the grandson of Navajo Code Talker Joe Vandever Sr. He is the author of “Fall in Line, Holden!” (2017), which follows a young Navajo Boy through his day at a boarding school.

Who: Melissa Henry (Navajo)
When: Thursday, December 3, 2020, 1 p.m. MST
About the speaker: Filmmaker Melissa Henry spent her childhood herding sheep, caring for livestock, and playing in the forest. Today, she makes innovative Navajo-language films that appeal to people of all ages and cultural backgrounds. Often featuring her pets and animals on her family’s land on the Navajo reservation, Henry’s films employ voiceovers to animate the thoughts and meanderings of the animals through the reservation landscape. Her short animated film, “This is a Hogan,” was produced for MIAC as part of the upcoming renovated “Here, Now and Always” exhibit. Henry has received a National Geographic All Roads Seed Grant and a Sundance Institute Fellowship, and has won the People’s Choice award in the PBS Online Film Festival.

Who: Arigon Starr (Kickapoo)
When: Thursday, December 10, 2020, 1 p.m. MST
About the speaker: Arigon Starr is a Kickapoo singer, actor, playwright, and comic book writer known for her one-woman shows. She has won numerous awards for her music, art, and plays, including the Native American Music Awards for Best Independent Recording in 1999 and Songwriter of the Year in 2007. In 2016, Starr edited the graphic novel “Tales of the Mighty Code Talkers,” which was named one of the American Library Association’s 2018 Great Graphic Novels for Teens. Starr has stated that her writings are intended to counter negative Indigenous stereotypes. She is the first Native American woman to have her own record label: "Wacky Productions" and has created four albums under this label.

This series is generously funded by the Continuous Pathways Foundation. 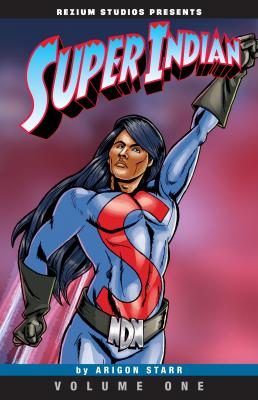 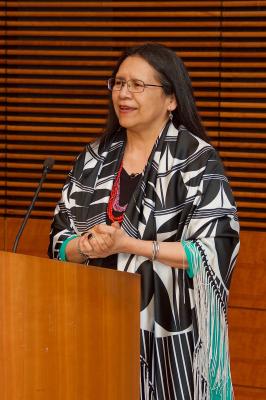 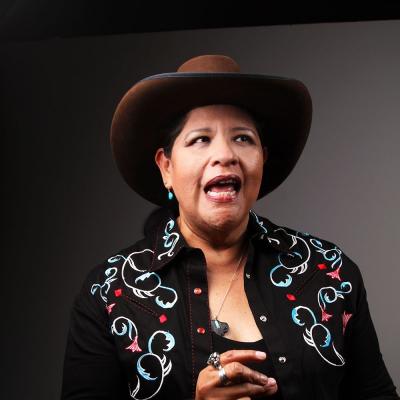 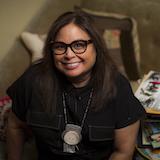 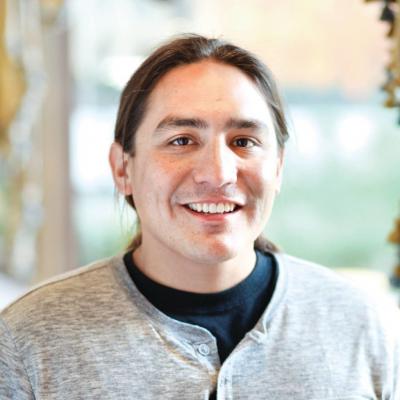 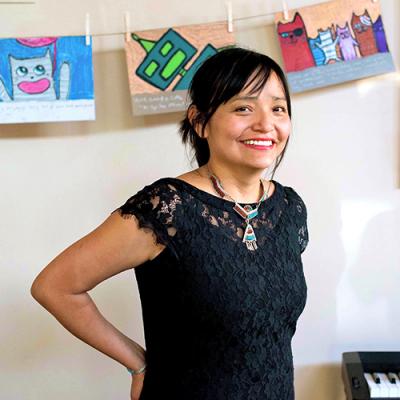