New Mexico Historic Sites is excited to announce multiple capital improvement projects at Fort Stanton Historic Site are now completed or in progress, including upgrades to the water system, enclosures, grounds, and the roofs of several buildings.

Situated on 240 acres in south-central New Mexico and surrounded by the Lincoln National Forest, Fort Stanton boasts more than 165 years of New Mexico history. The Historic Site and special events held there normally attract thousands of visitors each year, and improvements to the infrastructure are essential for the preservation of the property and for the health and safety of guests and staff.

“Fort Stanton is truly a gem within not simply our Historic Sites but in the entire American West,” said Patrick Moore, Executive Director of New Mexico Historic Sites, a division of the New Mexico Department of Cultural Affairs. “Preservation of this incredible asset presents many challenges, but the completion of these major infrastructure projects are monumental steps forward in assuring its protection for future generations.”

The water system at Fort Stanton supplies water to properties managed by multiple agencies, and the pipelines running through the property are in need of repair. Construction drawings are expected to be completed by Spring 2021 on a new water system that will include 7,300 feet of eight-inch waterline, 35 water service connections, isolation valves, and associated fire hydrants, ultimately replacing an overburdened system with one that will ensure continued delivery of fresh water for decades. The design phase will cost $101,406.60 and is funded through the Cultural Affairs Facilities Infrastructure Fund.

Travelers on New Mexico Highway 220 passing Fort Stanton will notice the recent installation of 1,123 feet of split-rail fencing on both sides of the property along the road and security gates at the main entrance at Kit Carson Road and the north entrance at Black Jack Pershing Road. The main entrance gate is manually-operated by staff, while the north entrance gate has an electronic keypad for 24-hour operation. The cost of the project was $54,357.56.

A weeklong tree trimming and removal project at Fort Stanton to mitigate the risk of wildfires took place last month. In all, 68 trees were trimmed and 13 trees were removed within the parade ground and along Black Jack Pershing Road and Kit Carson Road. The cost of the project was $47,236.57.

Restoration of the roof on the Nurses’ Quarters at Fort Stanton was completed in Fall 2019. The old roof had been compromised, rendering the building unusable and off limits to visitors. The new roof has saved the integrity of the structure and now any future plans for renovating the interior of the building can move forward. The World War II-era building was originally built in 1940 as a dormitory to house nurses working at the Fort Stanton Tuberculosis Hospital.

Additionally, restoration was completed this past summer on the roof of the power plant building, originally built in 1935 and one of the oldest in New Mexico. This project preserved the building and now offers an incredible canvas for future adaptive use and interpretive possibilities. Both roof projects were paid for through Capital Outlay funds. The cost of the projects was $500,000.

“Fort Stanton Inc. is both grateful and excited about DCA’s efforts to preserve and protect Fort Stanton Historic site,” said Steve Duffy, President of the Fort Stanton Inc. Friends Group. “This important Site represents a captivating and unique part of the history of the American West. Now, not only will two historic buildings be saved, but these projects also make the grounds safer for the many visitors who come to this special place from all over the world.”

“I am excited to support Fort Stanton in any way that I can,” said state Sen. Liz Stefanics, whose district includes Fort Stanton Historic Site. “I have seen the commitment of the staff, the enthusiasm of the volunteers, and the constant flow of visitors in past years. The history of the place and the culture displayed in the exhibits is one of the most hands on presentations to history as one roams the grounds of the fort. The surrounding community, small towns, and the county have taken great pride in this national landmark. I am very pleased that DCA is promoting Fort Stanton and what it has to offer local, national, and international visitors.”

About Fort Stanton Historic Site Built in 1855, Fort Stanton Historic Site served as a vital military outpost for more than 40 years and was home to legendary figures such as Christopher “Kit” Carson, the Buffalo Soldiers, and John J. “Black Jack” Pershing. As the American frontier began to close in the late 19th-Century, the U.S. Army decommissioned Fort Stanton in 1896. However, just two years later, President William McKinley designated the site as the first U. S Merchant Marine Hospital in the United States, established exclusively for the treatment and study of tuberculosis. 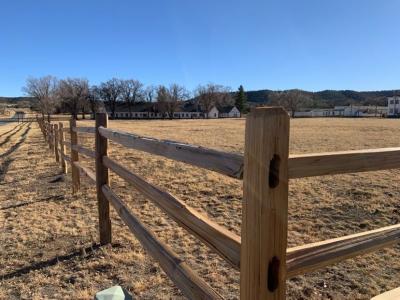 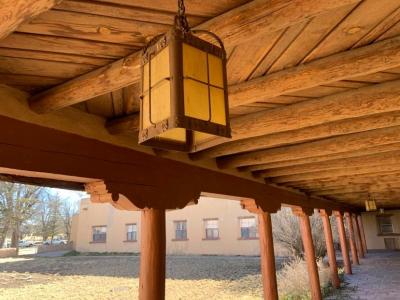