ALAMOGORDO – The New Mexico Museum of Space History will remain closed at least until early to mid-May due to unexpected complications during renovations to the museum’s restrooms.

In the museum’s first floor restrooms, contractors discovered signs of erosion to the concrete, and the cast iron piping both underground and throughout the walls had multiple leaks and blockages. Work will continue on this project and is expected to be completed by mid to late June.

Renovations to the restrooms on the museum’s second and fourth floors, however, are expected to be finished by early May. Hand sanitizing stations have also been installed throughout the building.

“When this project was approved in October, our goal was to have it finished before the public was allowed to safely return,” said Museum Executive Director Chris Orwoll. “Unfortunately, as the contractors began removal of the existing restrooms, more and more problems began to emerge. As we all know, handwashing is critical to stopping the spread of COVID-19 and the safety of our visitors and staff is our highest priority.”

While the museum remains closed, other improvement projects will continue across the campus. Fluorescent lights in all museum buildings are being replaced with energy saving LEDs. Xeriscaping, which started on the grounds at the bottom of Highway 2001, has expanded around the buildings and the John P. Stapp Air & Space Park.

When the museum reopens, visitors can experience new exhibits, including a new Spaceflight Gallery and Satellite Gallery. 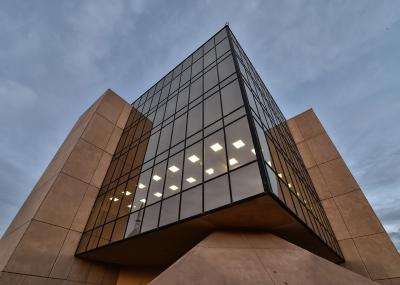