(Santa Fe, NM – September 30, 2010)—Earth Now: American Photographers and the Environment offers both a survey and a contemporary view of how artists working in photography have addressed our relationship to the environment, one of the greatest challenges facing us since at least the mid-twentieth century. Using beauty, humor, and horror to engage attention, these photographers provoke questions about the legacy of industry, construction, consumption, and waste disposal while pointing toward new directions such as local farming, new energy source technologies, green roofs, and a renewed connection with the landscapes we inhabit.

The exhibition opens with suites of images by landscape photographers Ansel Adams and Eliot Porter. As successful artists they also participated in the use of their photographs to promote the establishment and preservation of some of the country’s wilderness areas.

Preceding the April 8, 2011 opening of the Earth Now exhibition in the museum will be an online prologue in fall 2010. The Earth Now site will be designed to invite visitors to join a lively conversation with the twelve contemporary photographers featured in the online exhibition. Other artists, invited commentators, prominent environmental and conservation activists, and the curator will also be contributing, and video podcast interviews will be on the site. Artist interviews, music, reading lists, e-links, and more will also be found on the Earth Now site. The online exhibition – a living ecosystem itself – will remain active through October 9, 2011 (and beyond) as new material from ongoing Earth Now public programming is recorded and added.

The example set by Adams and Porter provoked a range of strong responses by younger landscape photographers, especially in the context of a growing environmental movement beginning in the 1970s. Some followed a similar path to Adams and Porter while others forged a new more activist direction, among them Robert Adams, Robert Glenn Ketchum, Mark Klett, and Richard Misrach. Having set the stage with these important masters, Earth Now continues with a large section of new work from the beginning of the twenty-first century. This selection of photographs by approximately twenty American artists shows how a range of contemporary landscape photographers are responding now to some of the most pressing  environmental issues of our time, such as energy consumption, changing agricultural practices, toxic waste, and the human relationship to animals, and to the land.  While many of these artists are working in New Mexico and the western United States – including  Michael Berman, Joann Brennan, Dornith Doherty, Chris Enos, Greg Mac Gregor, Carlan Tapp, Victor Masayesva, and Sharon Stewart – others represent cities ranging from Seattle to New York and San Francisco to Atlanta. A highlight of the show will be images from brand-new bodies of work by Subhankar Banerjee, Daniel Handal, Brad Temkin, and Phil Underdown.

Commenting on the online preview and upcoming exhibition, New Mexico Museum of Art Curator of Photography Katherine Ware said, “I am interested in exploring how artists and their work function in relation to current events, in helping us make sense of the world around us, reinforcing humanistic values, and provoking questions rather than offering answers. These images require the participation of viewers who are engaged by them and continue the conversation.”

Select images for both the gallery and online exhibitions will be found on the media center at http://media.museumofnewmexico.org/.

Subhankar Banerjee – Where I Live, I Hope to Know, from a study of his neighborhood outside Santa Fe, New Mexico

Bremner Benedict – Selections from Gridlines, a series on the power towers that often dominate the American landscape

Dornith Doherty – Two large-scale pieces from Archiving Eden, a series of work made with x-rays at master seed banks

Daniel Handal – Images from his new series From Forest to Field, about young farmers in New York’s Hudson Valley region

Beth Lilly – Monsters, a view of the resilience and adaptability of urban trees

Carlan Tapp – Part of his body of work Question of Power, about the human costs of coal use in the United States, taken at the Navajo Nation in the Four Corners region

Artists included in the gallery exhibition

Direct flights between Santa Fe, Dallas/Fort Worth, and Los Angeles are now available on American Eagle. 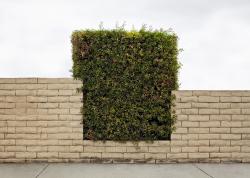 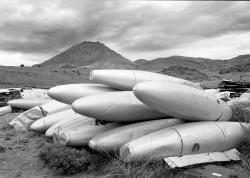 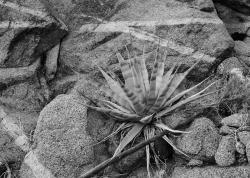