Santa Fe, NM – The Museum of International Folk Art is proud to present “Dressing with Purpose: Belonging and Resistance in Scandinavia” opening in the Neutrogena Gallery from December 12, 2021- February 19, 2023.

By the twentieth century, many in Sweden worried about the ravages of industrialization, urbanization, and emigration on traditional ways of life. Norway was gripped in a struggle for national independence. Indigenous Sámi communities—artificially divided by national borders and long resisting colonial control—rose up in protests that demanded political recognition and sparked cultural renewal. Within this context of European nation-building, colonial expansion, and Indigenous activism, traditional dress took on special meaning as folk, national, or ethnic minority costumes—complex categories that deserve reexamination today.

“Dressing with Purpose” presents historic and newly-made ensembles, jewelry, accessories, and 2D artworks alongside the stories of their diverse makers and wearers. In this exhibition, visitors will meet individuals who adapt and revitalize dress traditions to articulate who they are, proclaim personal values and group allegiances, strive for sartorial excellence, reflect critically on the past, and ultimately, reshape the societies in which they live.

Dr. Carrie Hertz, Curator of Textiles and Dress, Museum of International Folk Art, and curator of the exhibition, states, “Dress helps us fashion identity, memory, community, and place. Throughout history dress traditions have served as symbols of progress and stability, the exotic and utopian, oppression and freedom, belonging and resistance.”

This project is supported in part by the National Endowment for the Arts. Additional support comes from Barbro Osher Pro Suecia Foundation and Swedish Council of America. 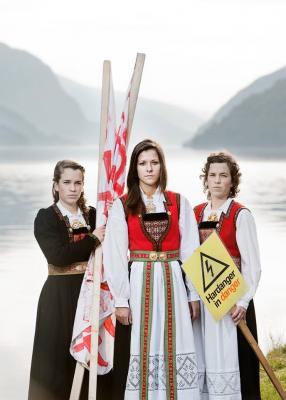 Dressing with Purpose: Belonging and Resistance in Scandinavia 12/12/21