Santa Fe, NM — Ansel Adams (1902-1984) is one of the first names that springs to mind when people think about photography. This exhibition of sixteen prints from the museum’s collection, augmented with two promised gifts, concentrates on the photographs that Adams made around 1932, before he became a household name. Ansel Adams: Pure Photography will open January 29 through May 22, 2022, in the Beauregard Gallery of the New Mexico Museum of Art.

The exhibition includes a selection of Adams’ intimate nature studies as well as portraits and views of architecture made during this formative time. In contrast to the dramatic views Adams later made across the country and in America’s most distinctive landscapes, he shows in these works from the 1930s a quieter vision that relies on an abundance of richly delineated detail to convey the essence of his subjects.

In 1932, Adams was thirty years old and fully dedicated to a career in photography, when he and other like-minded northern California photographers – including Imogen Cunningham and Edward Weston -- formed Group f/64 to promote what they called “pure” or “straight” photography. The name of the group refers to a number on the diaphragm of the photographic lens that the photographers favored for bringing clarity and definition to their images.

In his late 1920s portrait of artist and filmmaker Henwar Rodakiewicz, Adams is already moving toward this approach, although his decision to make the final print on a matte, textured paper softens contrast and tone. In a later trio of portraits in the exhibition, made in 1932, Adams briefly tries artificial light for sharper illumination and chooses to print on the glossy, high-contrast paper favored by Group f/64.

Drawn primarily from the museum’s collection, Ansel Adams: Pure Photography offers a fascinating glimpse of a pivotal moment in the career of a celebrated photographer, many of whose iconic photographs were made in New Mexico.

Please join us for a lecture by Dr. Rebecca Senf, Chief Curator at the Center for Creative Photography in Tucson, in conjunction with her recent publication Making a Photographer: The Early Work of Ansel Adams. 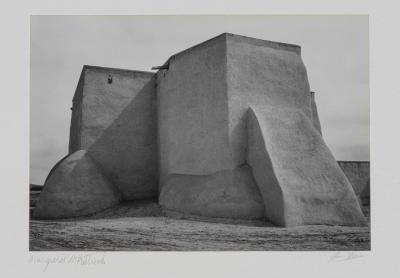