Lincoln, NM - The Department of Cultural Affairs recently completed a $400,000 major restoration project at The Lincoln Historic Site, located in Lincoln, NM. Part of the responsibilities of the New Mexico Historic Sites division is to face new and intriguing challenges as it cares for its portfolio of properties.  One of the most recent such instances relates to the emergence of bats inside the historic Tunstall Store at the Lincoln Historic Site during this process.

As the most widely visited state historic site in New Mexico, Lincoln is a snapshot in time of the 1870’s and 1880’s. The site is unique in that it manages many of the historical buildings in the community. Through a gift from the Hubbard Family Trust, the historic site now includes 17 structures and outbuildings, 7 of which are open year-round and 2 more seasonally as museums. Most of the buildings in the community are representative of the Territorial Style of adobe architecture found in the American Southwest.

Part of the restoration project focused on the Tunstall Store, a building which was a focal point of the Lincoln County War, and because of its significance, is listed on both the National Historic Register and the State Register of Cultural Properties. It contains displays of the original 19th-century merchandise in the original shelving and cases.

The restoration included the rebuilding of the Tunstall Store’s deteriorated foundation and repairing the associated faults and cracks in the structure’s walls. Unexpectedly, the work disrupted the habitat of Mexican Freetail and Pallid bats living in or around the Tunstall attic. This situation came to light during the summer when several juvenile bats entered the main building through an opening created through the restoration and could not find their way out.

Working to assure the protection of both the building and the bat neighbors, DCA contracted with wildlife biologists and bat removal specialists to complete the bat remediation in the Tunstall Store.  After blocking access to the main building, the bat experts sealed the exterior of the building following the end the maternal nesting season when the young are weaned, and the colony departed for the winter.  In tandem with addressing the bats’ initial arrival, collections staff from the New Mexico History Museum travelled to Lincoln to work with the local team to box and temporarily relocate the collection to the nearby Fresquez house.

In December, after the building was completely secured, New Mexico Historic Sites staff along with conservators from the New Mexico History Museum returned to support the initial return of the artifacts to the store and will come back again in the coming months to conduct a deep cleaning of the store and the reinstallation of the exhibits. By the time the Tunstall Store reopens at its traditional time in the spring, the historic structure will provide a fresh new experience for visitors and ensure that bats and other wildlife stay outside. 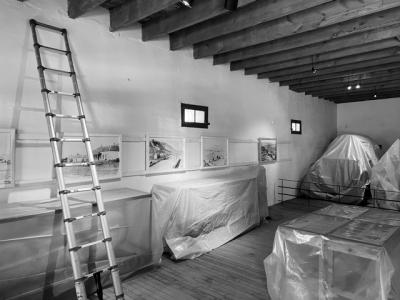 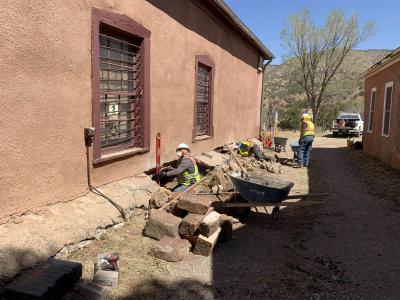 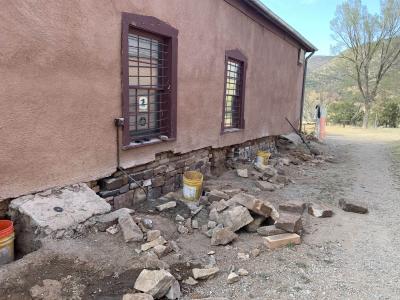 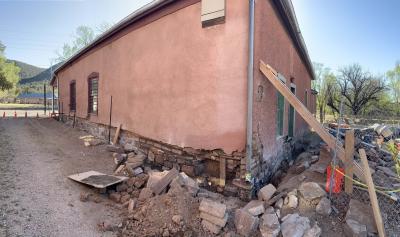 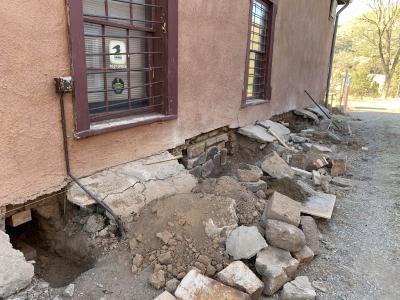 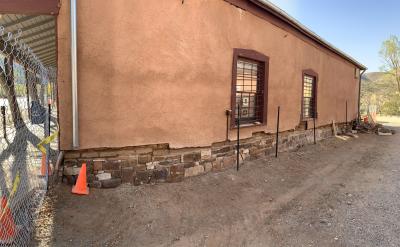 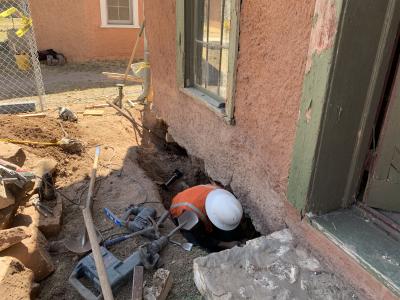