“Dr. Dass brings a remarkable set of invaluable skills and experience to this pivotal leadership position,” said Patrick Moore, NMHS executive director. “She will be leading an incredibly talented and dedicated team in Southern New Mexico. While we have many of the critical steps already completed, the future opening of the Taylor-Mesilla Site will require reliance on all her expertise.”

After studying art and art history at the University of Wisconsin-Superior, focusing on oil painting, weaving, and museum practices, Dr. Dass completed her education at Indiana University, Bloomington, receiving an MA in folklore with a focus on museum studies, and dual PhDs in folklore and American Studies. In 2008, Dr. Dass joined the faculty of Minnesota State University, Mankato, as a professor in the anthropology department, where she taught courses on research methods, body art, museology, and a very well received course titled “Vampires, Werewolves, and Zombies: The Folklore of Fear.” Dr. Dass is the founder and first director of the American Indigenous Studies program, and the Museum Studies program.

“I am happy to be reunited with family in New Mexico and excited to join the New Mexico Department of Cultural Affairs and the staff at Fort Selden.” said Dr. Dass.

As regional site manager, Dr. Dass is responsible for professional administration of the State Historic Sites located in southern New Mexico and is charged with carrying out the mission and strategic goals of the Historic Sites Division and of the New Mexico Department of Cultural Affairs. She will focus on four core areas: Cultural Resource Management, including preservation of the sites and collections management; Interpretative Programming, including education and public programs, special events, and exhibits; Fund and Partnership Development, including achieving fundraising goals and strategic plans; and Marketing to increase access and visitation while building a high-level public profile and awareness.

Dr. Rhonda Dass was born and raised on the culturally unique area of northern Minnesota known as the Iron Range. It inspired her interests in studying cultures and interacting with nature and the landscape. This is also where her fascination with museums began as she completed an internship at the Hockey Hall of Fame. She began her career in the hospitality industry upon leaving the Range. She held nearly every position within the hospitality industry, from dishwasher to management, working in cafes, fine dining, and hotels. Dass began her education on returning to the Iron Range to raise her four children. She left again to reach her educational goals.  She would return to the area following her education to work at what is now called the Minnesota Discovery Center before beginning a career in academia.

She continues to pursue her artistic endeavors and is currently completing a second Master’s degree culminating in an exhibit scheduled for March 14-25, 2022, at MSU, Mankato, combining drawing and painting in a series titled “Tangible Transformations.” 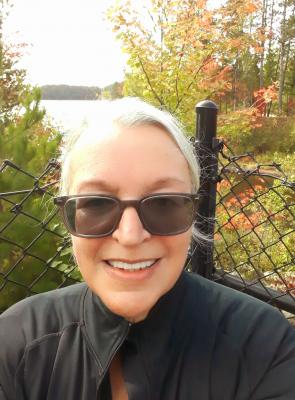