A resident of Capitan since 1972, Carpenter brings years of experience as a plumber, water system operator, and HVAC installer to his new role with NMHS. Though he has never worked on historic buildings before, all these skills have already been put to use at FSHS addressing issues with broken pipes, repairs of the Fort’s water system, and repairing heating systems. In addition to these activities, Carpenter has played a key role sealing broken windows and cleaning debris created by strong winter winds. As spring arrives, groundskeeping and additional ongoing maintenance issues will keep him busy.

“He was badly needed, and he has already provided much needed help at the Fort and is definitely appreciated,” said Herbert “Bo” Chesney, acting regional site manager at FSHS and LHS.

Over the years, Carpenter has watched Fort Stanton undergo many changes. When he first arrived in Capitan, the State Hospital for the Developmentally Handicapped was still open, and since then he has witnessed Fort Stanton’s transition into the historic site that it is today. He remembers baseball games and other community events from the intervening years fondly. “It’s a neat place,” he said.

Built in 1855, Fort Stanton Historic Site served as a vital military outpost for more than 40 years and was home to legendary figures such as Christopher “Kit” Carson, the Buffalo Soldiers, and John J. “Black Jack” Pershing. As the American frontier began to close in the late 19th-Century, the U.S. Army decommissioned Fort Stanton in 1896. However, just two years later, President William McKinley designated the site as the first U. S Merchant Marine Hospital in the United States, established exclusively for the treatment and study of tuberculosis. 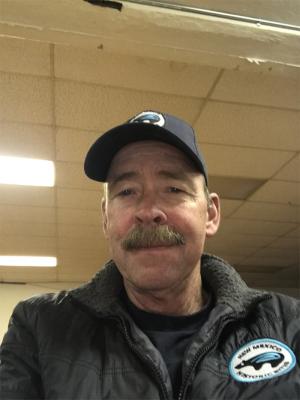