Renowned poet, novelist to speak and sign books at NHCC and MOIFA this week

The National Hispanic Cultural Center (NHCC) and the Museum of International Folk Art (MOIFA) are thrilled to welcome Dr. Ana Castillo for two evenings of Hispanic and Latiné literature on April 7-8.

The event kicks off at 7 p.m. on April 7 at NHCC’s Albuquerque Journal Theatre. This is a free ticketed event, and tickets can be reserved online at www.nhccnm.org/event/ana-castillo-at-nhcc.

On April 8, Dr. Castillo will travel to MOIFA on Museum Hill in Santa Fe, for a second presentation of her work and a book-signing.  The free program begins at 7 p.m. Call MOIFA for more information: 505-476-1200.

Dr. Castillo, whose works include the novels So Far from God, The Guardians, and Peel My Love like an Onion, in addition to her poetry collection I Ask the Impossible, will be reading from her most recent poetry collection, My Book of the Dead. The reading will be followed by a book-signing.

Dr. Castillo is a New Mexico resident, but her work has earned her national and international acclaim. Her accolades include a 1987 American Book Award from the Before Columbus Foundation for her first novel, The Mixquiahuala Letters, a Carl Sandburg Award, and a Mountains and Plains Booksellers Award.

Dr. Castillo also received fellowships from the National Endowment for the Arts in fiction and poetry. Whether poetry or prose, her work centers on Chicana feminism, tackling themes of racism, classism, and other forms of inequality permeating American life.

Thursday’s event also kicks off NHCC’s Escribir | Escuchar: Hispanic and Latine Writer Series, which highlights Hispanic and Latiné writers from a variety of backgrounds. Check www.nhccnm.org/events for additional upcoming events in the writer series as they are announced. This series is generously supported by AARP and the University of New Mexico Center for Southwest Research.

About the National Hispanic Cultural Center 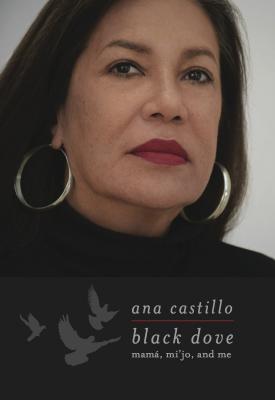