In recent months, NMHS has brought several new staff members on board throughout the state, many of them in southern New Mexico. NMHS plans to highlight and celebrate each of them in a series of releases leading up to Old Lincoln Days, which runs August 5-7.

Yoxall is both accomplished and a local. She grew up in Mesquite, New Mexico, just outside of Las Cruces, and has lived and worked in Capitan, New Mexico for the last nine years. In 2011, she received her BA in Applied Studies from New Mexico State University, in addition to a supplementary major in Latin American studies and minor in Spanish and United States / Mexico border health. She also holds an associate degree in Early Childhood and Education, a certificate in Nature Based Early Childhood education, and is currently pursuing her MA in Elementary Education.

Yoxall has lived and worked in the area for more than a decade. She worked for Department of Workforce Solutions in Lincoln County for six years, and in Capitan, she served for a year as the Health, Safety, and Transportation Manager for the Head Start and Early Head Start programs.

“I cannot express the level of excitement I have,” Yoxall said. “As a child, my parents and grandmother would take me to historic sites, and I have always found them fascinating. I look forward to collaborating with the team, exchanging ideas, and bringing those ideas to life for our community and visitors.”

In her personal life, Yoxall enjoys history, the arts, nature, and gardening. 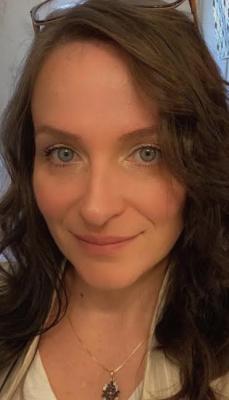