Gauna’s new role will see him serve NMDCA throughout the state, including supporting New Mexico Historic Sites (NMHS) in its mission. This is one of several roles that NMDCA and NMHS have filled in recent months, many of which are in southern and eastern New Mexico. NMHS is highlighting and celebrating each of them in a series of releases leading up to Old Lincoln Days, which runs August 5-7.

“On behalf of the Facilities Management Bureau, I am pleased to welcome Ron Gauna as the new Eastern Facilities Staff Manager for NMDCA,” said Lino Herrera, director of Facilities and Capital Improvements. “I have partnered with Ron during his tenure at NMHS and am certain his management experience and knowledge of the eastern NMDCA sites will benefit the division as well as the life, health, and safety of the facilities he now oversees.”

“Ron is among the finest employees that any operation could hope to employ,” said Patrick Moore, Executive Director of New Mexico Historic sites. “His work ethic, professionalism, and innovative approach to problem solving helped make the Bosque Redondo Memorial and its new core exhibit what it is today. This visionary thinking will undoubtably be invaluable for his facilities leadership at our two most complex sites.”

Gauna has an associate degree in Civil Engineering from Eastern New Mexico University, and before working for NMDCA, he owned and managed a local restaurant for many years. Now, he has worked for NMDCA for more than four years. At Bosque Redondo Memorial at Fort Sumner Historic Site, he served as Plant and Systems Operator. He helped guide installation of the new permanent interpretive exhibition at Bosque Redondo Memorial, maintained the grounds of the historic site surrounding the memorial, completed many in-house projects throughout the site’s 111 acres, and oversaw several large-scale contracting projects.

“Each of our facilities has different and specific needs,” Gauna said, “and I am really looking forward to guiding my staff as we boost our stewardship of the land, properties, and history on these sites.”

Gauna loves to travel with his wife of 31 years, as well as woodworking, painting, and tinkering in his shop. 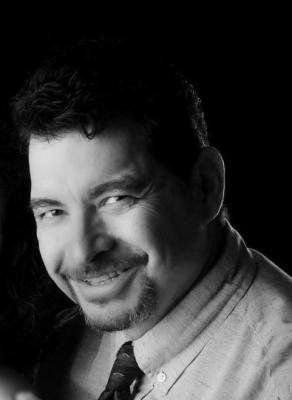