Santa Fe, NM – New Mexico History Museum (NMHM) is excited to share that Fray Angélico Chávez History Library (FACHL) has completed the work associated with a grant from Recordings at Risk, a program conducted by the Council on Library and Information Resources (CLIR), with funding from the Andrew W. Mellon Foundation. The $15,119 grant enabled FACHL to digitize more than 200 unique audio recordings made by award winning photographer and cinematographer John S. Candelario.

“John Candelario’s life work consisted of documenting the songs, stories, and faces of everyday New Mexicans,” said Dr. Alicia M. Romero, head curator for New Mexico History Museum. “The newly digitized and transcribed sound recordings, when heard in conjunction with his photos, help us understand New Mexico from Candelario’s perspective. As a cultural border-crosser, Candelario’s ability to work in diverse communities—and record their voices, songs, and stories—is an accomplishment that few people can claim. And with the completion of this project, his work is much more accessible.”

Much of the recordings found in the John S. Candelario Collection were on reel-to-reel audio tapes. NMHM and FACHL partnered with a firm out of Pennsylvania to manage the digitization process while staff here in New Mexico worked to produce metadata for all of the recordings, including transcriptions.

“No one had heard these recordings for decades,” said Kathleen Dull, the librarian at FACHL. “The original recordings are increasingly fragile, and the library does not have playback equipment for reel-to-reel tapes.”

At the start of the digitization process, the recordings were believed to include cinematic soundtracks, folk songs, Native American dances, and interviews. There were original soundtracks from Candelario’s work as a producer and director of film and television, as well as unexpected interviews with the Tafoya family, who are potters from Santa Clara Pueblo, conducted by Dr. Lawrence and Mary Ellen Blair in the 1980s. Staff found fewer Hispanic folk songs and stories than anticipated, but did uncover rare recordings of the Gallup Intertribal Ceremonials and a four-record set of Native songs, a sign of Candelario’s close relationship with the Indigenous communities throughout New Mexico. These recordings are not available to the public while they undergo tribal consultation.

“We have found a number of hidden treasures,” Dull said. “One of my favorite parts of the project has been sharing newly discovered recordings with family members. Now that they are available digitally, no one needs to come to Santa Fe to hear the voices of their grandparents.”

A critical aspect of NMHM’s mission is the preservation and accessibility of historic materials, and this grant was vital in allowing the archival usage of these recordings, which was held back by their fragile condition and the limited availability of in-person viewings at FACHL.

The digitized recordings can be found here. The original news release announcing this grant can be found on our Media Center. 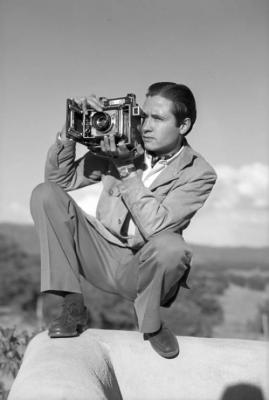