Albuquerque, NM - The New Mexico Museum of Natural History & Science (NMMHS) and other New Mexico Department of Cultural Affairs divisions are part of a major NASA-funded educational outreach project, which is associated with a mission to study unexplored regions of the sun.

From Monday, Sept. 26 through Wednesday, Sept. 28, the Museum will host the outreach team, which consists of representatives from six scientific and science education institutions across the Southwest, from NASA’s Polarimeter to Unify the Corona and Heliosphere (PUNCH) mission.

"The New Mexico Museum of Natural History & Science is honored to participate in this groundbreaking solar event,” said NMMNHS Interim Director Gary Romero. “This effort is designed to help teach underrepresented kids about space science, which fits perfectly with the Museum’s objectives.”

PUNCH is an in-development NASA mission that that will make global, 3D observations of the young solar wind from the outermost solar atmosphere to the inner heliosphere. PUNCH is scheduled to launch in April of 2025.

The PUNCH outreach team is intended to leverage the mission by bringing the science behind solar missions to underrepresented and underserved learners in the American Southwest. The theme of this outreach effort will be “Ancient and Modern Sun Watching,” as the team links Chaco Canyon archeoastronomy and ongoing observations of the sun by modern Indigenous people with the new mission. The outreach team’s visit will be its first in-person meeting and will also include a trip to Chaco Canyon from the evening of Sept. 28 through Sept. 30.

As part of the project, NMMNHS has received a grant from NASA for $215,000, which runs from Fall 2021 through Fall 2026. This will include the development of a major planetarium show focused on ancient and modern sun-watching.

Additional programming includes family-friendly cross-cultural community events for Native American and Hispanic communities, educational programming aimed at Native American and Hispanic teachers and students, a special Girl Scout program with a new sun-watching patch, and programs and products for visually impaired students. These programs will be piloted in New Mexico and expanded nationwide.

NMMNHS will take the lead in programming for the Native American students and community outreach as well as the Girl Scout program, with the Pueblos of Acoma and Laguna and the Girl Scouts of New Mexico Trails as educational partners. The National Hispanic Cultural Center (NHCC) will partner with NMMNHS to reach urban and rural Hispanic communities with community events that incorporate art and science. The New Mexico Space History Museum in Alamogordo will take the lead on special programming and tactile products for visually impaired students.

NMMNHS is a full member of the project consortium of six scientific facilities, each of which are on or near Ancestral Puebloan land and have a history of educational outreach to underrepresented students. The list also includes the Southwest Research Institute in Boulder, Colorado; Fiske Planetarium at the University of Colorado in Boulder, Colorado; Clark Planetarium in Salt Lake City; the New Mexico Museum of Space History in Alamogordo, New Mexico; and Lowell Observatory in Flagstaff, Arizona. 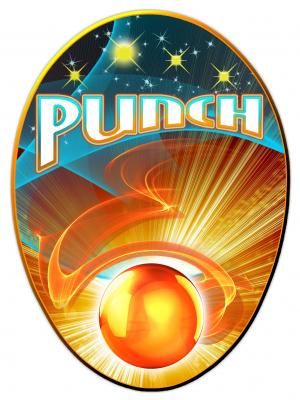