Noted graphic artist David Lance Goines, whose work includes posters for Alice Waters’ Chez Panisse restaurant and the Ravenswood Wine labels, speaks at 2 pm, Saturday, April 23, in the History Museum Auditorium. His lecture, "David Lance Goines: A Life in Posters,” is presented by the Press at the Palace of the Governors, Fisher Press and the New Mexico chapter of AIGA, the professional association for design. 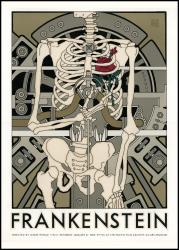