A River Apart: The Pottery of Cochiti and Santo Domingo Pueblos

Two Pueblos, a river apart. Two responses to outside influences.

Located along the central Rio Grande Valley in New Mexico and separated by that great river, Cochiti and Santo Domingo Pueblos shared a ceramic tradition for centuries until increasing contact with outsiders ushered in tumultuous changes that set the pueblos on divergent paths. Cochiti Pueblo more freely modified its traditional forms of painted pottery to appeal to new markets created when the railroads started bringing in tourists from the East in 1898, while the Santo Domingo Pueblo shunned the influences of the tourist trade and art market, continuing an artistic tradition that was conservative and insular.

An often-repeated story told by former curator of ethnology Edmund Ladd, which he swore was true, illustrates the profound, and yet commonly held misunderstanding of America’s indigenous populations. Tourists, returning from a visit to the several northern New Mexico Pueblos, were convinced that the Museum peopled the villages as a living exhibit. “They don’t really live there, do they?” the tourists asked.

To combat this widely accepted and romanticized view of Indian people as mysterious past occupants of abandoned ruins, this exhibit presents the cultures of Cochiti and Santo Domingo, expressed through their individual pottery traditions, as the dynamic and living people they are today.

Exhibition curator for A River Apart: The Pottery of Cochiti and Santo Domingo Pueblos, Valerie Verzuh said; “This exhibit is a fascinating case study in how cultures develop; how art, culture and community are interwoven; and how art is created, interpreted, valued, bought and sold.”

NOTE: Beginning Memorial Day through Labor Day the Museum will also be open on Monday at regular hours

Located on Museum Hill™, the Museum of Indian Arts and Culture shares the beautiful Milner Plaza with the Museum of International Folk Art. Here, Now and Always, a major permanent exhibition at the Museum of Indian Arts & Culture, combines the voices of living Native Americans with ancient and contemporary artifacts and interactive multimedia to tell the complex stories of the Southwest. The Buchsbaum Gallery displays ceramics from the region’s pueblos. Five changing galleries present exhibits on subjects ranging from archaeological excavations to contemporary art. In addition, an outdoor sculpture garden offers rotating exhibits of works by Native American sculptors. 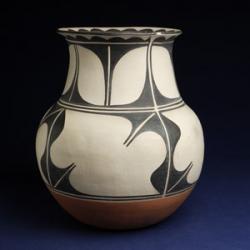 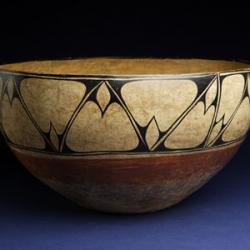 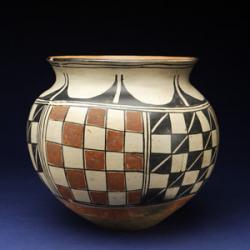 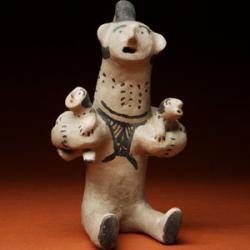 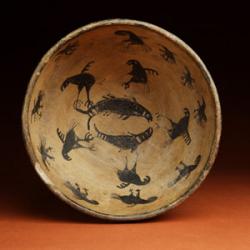 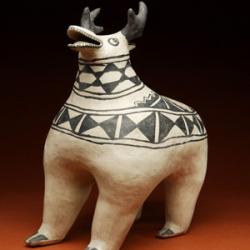 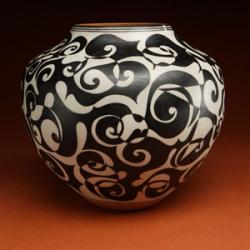 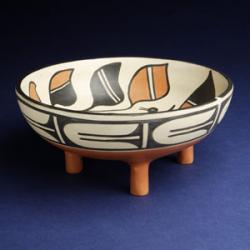 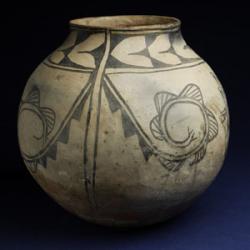 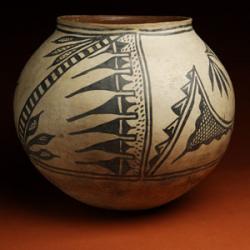