The Red That Colored the World


Red, with its brilliant hue and broad cultural history, has inspired artists’ imaginations and seduced viewers for millennia.

The exhibition, The Red That Colored the World opening at the Museum of International Folk Art, combines new research and original scholarship to explore the history and widespread use in art of cochineal, an insect-based dye source for the color red whose origins and use date to the pre-Columbian Americas.

The exhibition translates the cochineal story into three dimensions, following the precious bug juice and its use in art from Mexico to Europe to the U.S. and beyond. Highlighting more than 130  objects—textiles, sculpture, paintings, manuscripts, decorative arts, clothing and more—from the Museum of International Folk Art, private lenders, and museums around the world, the exhibition explores the history of cochineal and the seductive visual nature of red. The objects reflect the unique international uses of color, revealing its role in the creative process, and the motivations of artists in their choice of materials.

Artists and dyers for centuries strived to find the color source to rival the best reds of nature, and to express the spirit, symbolism, and sustenance of life. Their quest ended in the Aztec marketplaces of 16th-century Mexico, where Spanish explorers encountered the American cochineal bug. The bug created an unparalleled range of reds with potent economic value. Its ensuing global spread launched an epic story of empire and desire that pushed art, culture, and trade to the edge of the unknown.

In development since 2009, The Red That Colored the World is one of the most ambitious exhibitions that the Museum of International Folk Art (MOIFA) has ever produced. A major scholarly collaboration by an international team of curators, art historians, conservation scientists, and humanities consultants, Red tells the epic story of the history and global use in art of American cochineal. Red follows the cochineal insect through a 2000-year journey of global creativity and trade, as expressed through a range of works from pre-Columbian and Spanish colonial artists of Mexico and Peru, to such international painting masters as El Greco, Francisco de Zurbarán, and José de Ribera, to contemporary New Mexican artists, including Arlene Cisneros Sena, Ramón José López, Rita Padilla Hoffman, D.Y. Begay, and Orlando Dugi. Thanks to a pioneering partnership among conservation scientists from the New Mexico Department of Cultural Affairs, Metropolitan Museum of Art, Boston Museum of Fine Arts, The Victoria and Albert Museum, Brooklyn Museum, and the Instituto del Patrimonio Cultural de España in Madrid, Red showcases objects that have tested scientifically positive to contain cochineal.

The exhibition will be on view at the Museum of International Folk Art in Santa Fe from May 17 to September 13, 2015, after which it will travel to the Bowers Museum in Santa Ana, California, where it will be on view from November, 2015 to March, 2016.

The Hotel Santa Fe The Hacienda & Spa is the Lead Sponsor of The Red That Colored the World.

The Museum of International Folk Art’s mission is “to enrich the human spirit by connecting people with the arts, traditions and cultures of the world.” Founded in 1953 by Florence Dibell Bartlett, the museum holds the world’s largest international folk art collection of more than 150,000 objects from six continents and over 150 nations. 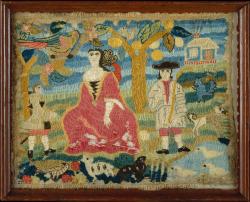 Needlework picture of an Indian princess 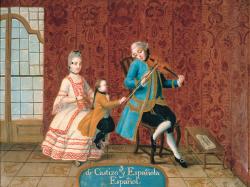 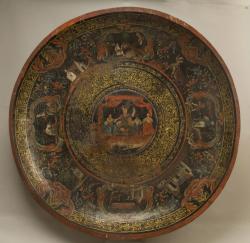 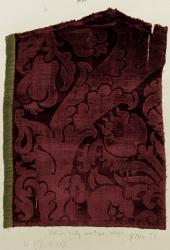 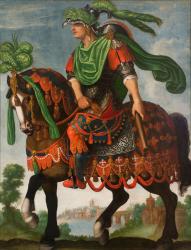 Workshop of Francisco de Zurbarán, The Emperor Domitian on Horseback 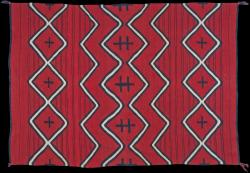 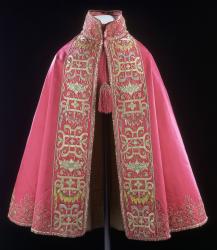 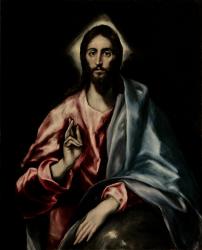 El Greco, The Savior (from the Apostles series) 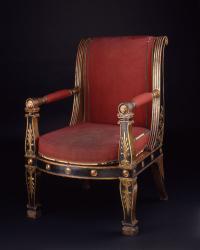 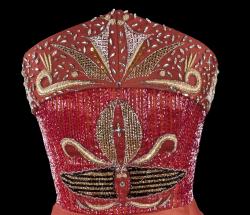 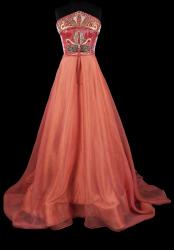 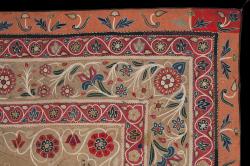 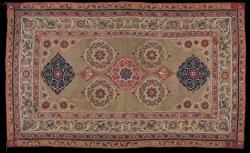 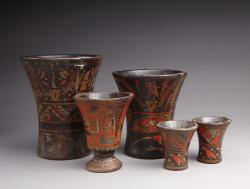 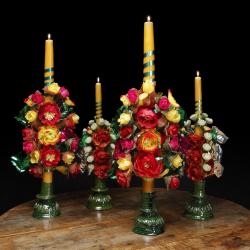 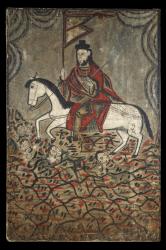 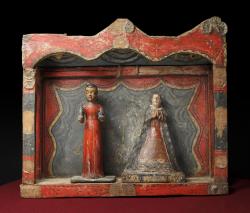 Nicho and Santos (Niche and Saints) 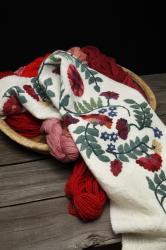 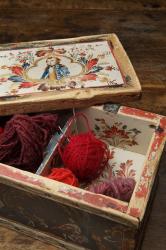 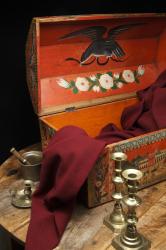 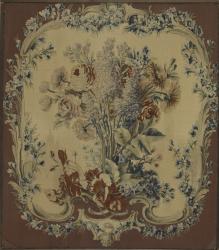