The Museum of International Folk Art presents a dialogue on Southern pottery featuring leading ceramic writer and commentator Garth Clark and prominent North Carolina potters Mark Hewitt and Matt Jones. This is not the first time Clark, Hewitt, and Jones have taken the stage together to debate the present and future of North Carolina pottery. This event, titled Traditional Pots and Provocations, is the latest chapter of an ongoing discussion that began as a blog scuffle between Jones and Clark in 2011 and continued as a symposium at the Mint Museum in Charlotte, North Carolina, in 2012. Traditional Pots and Provocations will take place on Sunday, April 19, 2015, 2-4 pm, in the Kathryn O’Keeffe Theater of the Museum of Indian Arts and Culture. The program is in conjunction with the museum’s current exhibition Pottery of the U.S. South: A Living Tradition. The program is by museum admission. New Mexico residents with ID are free on Sundays.

The roots of the museum’s program Traditional Pots and Provocations begin in 2008, with Garth Clark’s lecture at Portland’s Museum of Contemporary Craft “How Envy Killed the Crafts Movement: An Autopsy in Two Parts,” in which he argued that the modern craft movement was dead, destroyed by its own envy of fine arts. That lecture stirred great debate across the country, and incensed North Carolina Matt Jones who heard a podcast of that lecture several years later. Jones crafted a retort to Clark on his blog. “How could the craft movement be dead?” Jones wondered from his pottery workshop in Leicester, North Carolina. “Wasn’t I living proof of its existence?”

Matt Jones’ various blog entries, under the series titles “Critique of the Critic: Rising to Garth Clark’s Bait” and “Wrestling with Garth” on Jones’ website jonespottery.com, show a string of entries, responses and counterarguments that eventually culminated in Jones and other potters touring Clark around North Carolina, where, Clark now states, he was brought back to his own roots in an appreciation of functional pottery. A 2012 symposium at the Mint Museum in Charlotte, North Carolina, brought together Garth Clark, Matt Jones, Mark Hewitt and Charlotte Wainwright for a discussion on “Traditional Pottery: Back to the Future.”

With its April 19th program Traditional Pots and Provocations, the Museum of International Folk Art contributes to the debate that has been ongoing since Garth Clark’s initial 2008 provocation (and historically) on the issues surrounding tradition and change, the field of functional pottery, and the hierarchies of art and craft.

ABOUT THE PROGRAM PARTICIPANTS

Ever the provocateur, Garth Clark is the leading writer and critic on contemporary ceramics. Born in South Africa, Clark studied modern ceramics at the Royal College of Art, London. He was co-owner with Mark Del Vecchio of Garth Clark Gallery in New York and Los Angeles from 1981 to 2008. He has written, edited, and contributed to more than 60 books on ceramic art and has authored more than 200 essays, reviews and monographs, including on his new online journal, CFile. He has received several lifetime achievement awards, including from the Museum of Art and Design, the National Council on Education for the Ceramic Arts (NCECA); and been given honorary doctorates from Staffordshire University, England, and Kansas City Art Institute. Also a curator and lecturer, Clark now lives in Santa Fe.

Mark Hewitt was born in Stoke-on-Trent, England, into a family of fine china manufacturers. After his studies at Bristol University, he chose the path of a studio potter instead and apprenticed for three years to Michael Cardew. He came to the United States for to apprentice to Todd Piker in Connecticut and then established his own pottery in Pittsboro, North Carolina, in 1983. An accomplished potter, he has brought North Carolinian folk pottery traditions into conversation with other influences to produce his distinctive style of functional pottery. Hewitt has been featured in Smithsonian magazine, American Craft magazine, and the PBS series Craft in America. In addition to his pottery career, he is an eloquent speaker on the pottery traditions of his adopted state of North Carolina and ceramics practices in general, and is President of the Board of the North Carolina Pottery Center in Seagrove, NC. With Nancy Sweezy, he co-curated the exhibition The Potter’s Eye: Art and Tradition in North Carolina Pottery. In 2010 and 2011 he enjoyed two major exhibitions on his “big pots” at the Nasher Museum, Duke University, and the Ogden Museum, New Orleans.

After studying pottery at Earlham College, Matt Jones apprenticed for two years to Todd Piker in Connecticut, then to Mark Hewitt in Pittsboro, North Carolina. He established his own pottery in Leicester, just outside of Asheville, North Carolina. There, he uses local clays and wood burning kiln and actively engages traditional forms and techniques for his distinctive pots, looking, for example, to the antebellum potteries of Edgecomb, South Carolina. He has exhibited in numerous gallery and museum exhibitions, and holds his biannual kiln opening sales at his workshop. From his studio, he also participates in a national dialogue about pottery through his blog, on jonespottery.com.

Museum exhibitions and programs are supported by donors to the Museum of New Mexico Foundation and its Director’s Leadership Fund, Exhibitions Development Fund, and Fund for Museum Education.

The Museum of International Folk Art (MOIFA) opened in 1953 in Santa Fe and now boasts the world’s largest international folk art collection of more than 135,000 objects from six continents and over 150 nations. The museum was founded by Florence Dibell Bartlett, who wished to create an institution that promotes widespread understanding of the world’s folk art cultures and preserves their artistic treasures. She gave a collection of over 5,000 objects from 34 countries plus funds for a museum building, which is located in the foothills of the Sangre de Cristo mountains. Among the museum’s other collections are 106,000 traditional and popular arts collected worldwide and donated to the Museum in 1979 by Alexander and Susan Girard, forming the core of the museum’s long-term exhibition Multiple Visions: A Common Bond; and the Neutrogena Collection, consisting of 3,500 textiles and international folk art objects, donated in 1998, which provide another valuable perspective on international folk cultures. MOIFA’s mission is “to enrich the human spirit by connecting people with the arts, traditions and cultures of the world.” 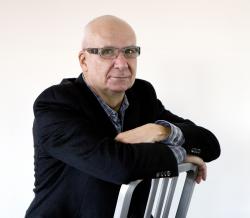 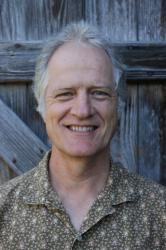 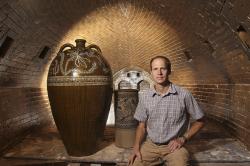