Seven contemporary artists from the Southwest are featured in the juried show, Art on the Edge 2015, presented by the New Mexico Museum of Art and its support group, Friends of Contemporary Art + Photography. The artists, who were selected by Nora Burnett Abrams of the Museum of Contemporary Art, Denver, are Jill Christian, Will Clift, Danae Falliers, Ian Fisher, Sarah McKenzie, Chris Oatey, and Kate Rivers. Art on the Edge 2015 opened to the public on April 17, 2015 and the exhibition runs through August 16, 2015. The FOCA+P prize of $5,000 was awarded to artist Chris Oatey, as designated by juror Nora Burnett Abrams and curatorial staff of the New Mexico Museum of Art.

The Art on the Edge 2015 call for entries was open to artists based in New Mexico and the surrounding states that edge New Mexico—Texas, Oklahoma, Colorado, Utah, and Arizona. Juror Nora Burnett Abrams reviewed portfolios submitted by 286 regional artists and selected seven artists.

Inspired by light and color in the moments surrounding dawn and dusk, Jill Christian’s paintings present fields of brushstrokes that fill the canvas with subtly shifting colors.  Working within the structure of repetition and reduction, these process-driven, meditative paintings create rhythmic patterns that invite quiet contemplation of their surfaces.

Chris Oatey’s technique of drawing by working on top of carbon paper to transfer the mark also reflects a process-driven approach. The patterns created through the accumulation of transferred marks serve to transform the white plane of the paper.

In Kate River’s work, pattern, texture and the messages conveyed by the combination of text and image become an investigation of memory, nostalgia, time and space. The primary source materials used in the body of work on view are: fragments of maps, notes, cancelled stamps, old books, and scraps of paper with handwritten notes or maps.

Danae Falliers work explores the ideas of transience, transcendence, and impermanence. Her interest in the co-existence of movement and stillness, color and pattern, realism and abstraction, flatness and depth is reflected in work which is closely married to design in its structure, use of color theory, and its flexibility to work at different scales and sizes.

Ian Fisher takes a contemporary approach to landscape painting by removing the horizon line and changing the view on the canvas from a horizontal landscape to an undefined section of sky. His “Atmospheric Series” paintings take on the dual identities of traditional realism and contemporary abstraction.

With their emphasis on geometry, pattern, and gesture, Sarah McKenzie’s paintings also hover in a zone between representation and abstraction. While the paintings can initially appear photo-realistic, the use of both oils and acrylic within one work reveals the materiality of the paint while conveying a sense of absence and longing.

Will Clift’s sculptures consist of intersecting parts that stand or suspend together in equilibrium, trying to capture the moment between being grounded and taking flight—the pure potential of movement that has not quite commenced.

High resolution images may be downloaded from the Museum of New Mexico Media Center here: http://media.museumofnewmexico.org/mediabank.php?mode=releases&action=files&instID=3&releaseID=371

“Surveying recent art from the region, Art on the Edge celebrates the myriad ways artists are working today. Painting, photography, collage, and sculpture are but a few highlights of these western artists’ creative practices. Culled from nearly 300 submissions, the seven artists represented here demonstrate both a deep connection to their immediate environments, as well as a remove from the exigencies of daily life. Taken together, the works indicate how these artists engage a rich diversity of approaches and a broad range of content to produce artworks that employ traditional techniques as much as they embrace the pace and spirit of contemporary life. Whether they are invigorating landscape photography or sky-scape painting — or even playing with color tonalities — the works on view make clear that these regional artists are pushing the boundaries of their chosen medium or subject matter and advancing the long-held notion of the West as a site of continual creative expansion and exploration.”

The Art on the Edge 2015 exhibition was juried by Nora Burnett Abrams, Associate Curator at MCA Denver. She has organized many exhibitions there, ranging from solo presentations of Paul Sietsema, Adrian Ghenie, Tatiana Blass, and Dario Robleto, to large-scale group exhibitions such as Postscript: Writing After Conceptual Art and Another Victory Over the Sun. Prior to MCA Denver, she held positions at the Museum of Modern Art, The Metropolitan Museum of Art, and the Grey Art Gallery in New York City. She has taught art history at NYU and lectured widely on modern and contemporary art.

The New Mexico Museum of Art was founded in 1917 as the Art Gallery of the Museum of New Mexico. Housed in a spectacular Pueblo Revival building designed by I. H. and William M. Rapp, it was based on their New Mexico building at the Panama-California Exposition (1915). The museum’s architecture inaugurated what has come to be known as "Santa Fe Style." For nearly 100 years, the Museum has celebrated the diversity of the visual arts and the legacy of New Mexico as a cultural crossroads by collecting and exhibiting work by leading artists from New Mexico and elsewhere. This tradition continues today with a wide array of exhibitions with work from the world’s leading artists. The New Mexico Museum of Art brings the art of New Mexico to the world and the art of the world to New Mexico. 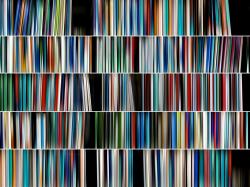 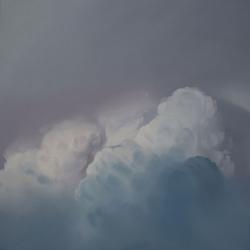 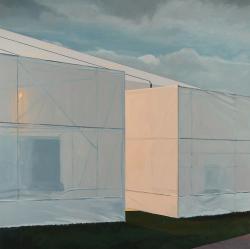 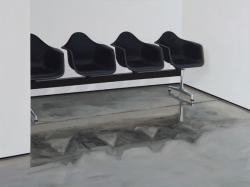 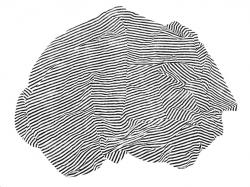 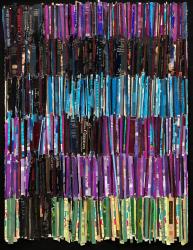