Few artists are as closely identified with Santa Fe as is Gustave Baumann; his art delighting viewers for almost a century. The New Mexico Museum of Art, the world’s largest repository of Gustave Baumann material, will show some of these works on paper, paintings, and prints, as well as some of his beloved marionettes in Gustave Baumann and New Mexico. The exhibition opens on Friday, August 14, 2015 and runs through December 27, 2015.

Gustave Baumann and New Mexico highlights the profound influence the artist’s move to New Mexico had on both his life and on his work. Baumann (1881-1971) left Chicago’s grit, grime, and rapid modernization—and a job as a commercial artist in which he was clearly disillusioned—for the wide open spaces and perceived freedoms of what would become his adopted home. His work reflects the southwestern landscape, cultures, regional traditions and rituals. Reminiscing in El Palacio on his early days in the Land of Enchantment, Baumann wrote, “New Mexico is an easy place to call home… It is all completely unfamiliar country that you somehow can’t identify as being in these United States.” (pgs. 22-23, Vol. 78, No. 1, 1971)

Gustave Baumann has a long-standing connection to the New Mexico Museum of Art. Visiting Santa Fe from Taos, his first stopping place in the state, he visited the newly opened Art Galleries of The Museum of New Mexico in October of 1918. There, he met Paul Walter, the curator, who, in the course of a few conversations, offered him a studio space in the basement of the building and telling Baumann, “If you need the wherewithal, tell me how much and we’ll go to the bank and get it.” And in Santa Fe Baumann remained, marrying Jane, having a daughter, Ann, for the rest of his life.

Baumann’s time in New Mexico inspired his production of hundreds of woodblock prints and the creation of sixty-five marionettes, for which he is justifiably famous. Also on view will be two oil paintings—rarely seen, and studies for carving and building the complicated and magical puppets.

SATURDAY, AUGUST 15 at 1pm with Cristina Masoliver Join us in the galleries for a discussion on how the replicas were created and see the momentous moment when Cristina Masoliver of Los Titiriteros introduces one of her puppets to a Baumann replica.

Over a twenty year period, Bumann created 65 marionettes; however he was not a puppeteer, leaving the actual performances to Jane and Teatro Duende. In 1932 the Baumann Marionette Christmas Show at the Museum became a cherished community tradition. The last public performance during his lifetime was in 1959 at the Museum of International Folk Art. For thirty four years the marionettes were tucked away in storage and in a fragile sad state, but continuing the performances would kill them. The solution was to create replicas created by the capable hands of Los Titiriteros, a Taos-based puppet company directed by Cristina Masoliver.

SUNDAY, DECEMBER 20 at 1pm The Holiday Open House is a round-robin of puppet plays, art making projects, photos with Santa Claus, and other activities.  Puppet plays are half-hour long, showing at 1:00pm and 2:30pm.  Photos with the Baumann Santa Claus marionette sitting on your lap are at 1:30pm and 3:00pm.  Create your own puppet character all afternoon.  Refreshments are served.  Songs are sung.

For a short video about the puppet plays, click here. 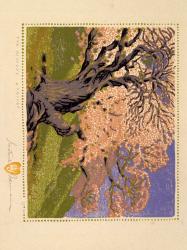 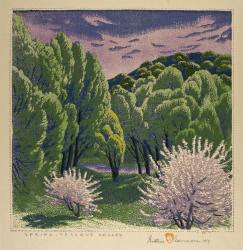 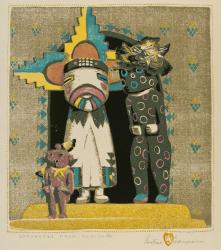