The Palace Press, as it’s informally known, was nominated by the general membership, with the final selection by the executive board. The group noted in particular how the Press has preserved the state’s printing traditions and invites visitors “to explore this fascinating facet of New Mexico history.”

In 1969, the museum acquired the contents of the Estancia News-Herald Print Shop and in 1972 gave birth to its own print shop. Facing the courtyard of the centuries-old Palace of the Governors, it welcomes thousands of visitors annually and serves as a vital center for the revival, stimulation, and pursuit of the book arts and frequently sponsors programs of interest to book-lovers. Award-winning, limited-edition books are published on historic presses, and a research library related to the book arts is available to the public during museum hours. It houses permanent exhibits that feature the press that printed the first-ever book of cowboy songs (1908) and a re-creation of the studio of renowned artist-printer Gustave Baumann.

“We are a print culture,” Leech said. “Most of what we think of as `history’ has been preserved and learned through print. It is important to understand earlier technologies because each technology inevitably influences how history is recorded and told. Books and newspapers reveal much about the times in which they were printed and having a working printing press fluent in the language of past technologies allows us to comprehend our past.

“At the Palace Press, what we print becomes history. Because of the words we print and our use of quality materials and fine typography, our books and broadsides turn reading into a memorable experience. I’m grateful that for almost 50 years, the museum has encouraged this creative use of history.”

Leech succeeded Pamela Smith, who held the position for 28 years before her retirement in 2001. (In 1984, she received the Historical Society of New Mexico’s Edgar Lee Hewett Award for Public Service.) For more information about the Palace Press and its programs, visit http://www.palaceofthegovernors.org/PrintShop/hmpg.html.

The Hewett Award is named for Edgar Lee Hewett, an American archaeologist, anthropologist, and founder and first director of the Museum of New Mexico. He was also instrumental in the establishment of the federal Antiquities Act. This year’s recipients of the Hewett Award, which include El Palacio Magazine and the Museum of New Mexico Press, will be honored Nov. 20 during the New Mexico Association of Museum’s annual conference in Carlsbad, NM. For more information about the association and its 2015 annual conference, visit www.nmmuseums.org. 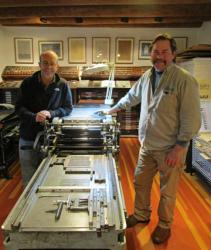 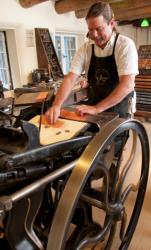 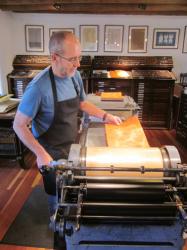