Medieval to Metal: The Art and Evolution of the Guitar


A celebration of the guitar’s artistic development

Medieval to Metal: The Art and Evolution of the Guitar opens at the New Mexico Museum of Art on February 5, 2016 with a free public reception from 5.30 to 7.30pm. The exhibition examines the craftsmanship, design, and history of this popular musical instrument.

Medieval to Metal is a companion exhibition to two others opening the same evening at the New Mexico Museum of Art, First Folio! The Book that Gave Us Shakespeare and Stage, Setting, Mood: Theatricality in the Visual Arts. Together, these three exhibitions look at the importance of the stage whether in life or imagination.

The forty instruments in Medieval to Metal span centuries, ranging from an intricately inlaid Moorish oud, a six-foot long Renaissance theorbo, to guitars displaying the modern Italian design of Eko, and one with a stunning transparent acrylic body by California’s BC Rich guitars.

“Over the past several years, interest in the guitar as an icon has grown significantly,” says HP Newquist, executive director of the National GUITAR Museum. “The guitar has been a signature element of world culture for more than 500 years; now visitors can explore the design, history, and artistry that has played a major role in the guitar’s evolution."

The guitar’s origins are not certain. It’s speculated it may have come from the Middle East (having appeared on wall paintings in ancient Egyptian tombs). Or, its roots may trace to Europe, perhaps the Renaissance or even earlier. What is certain is that since the guitar was featured in important paintings by such renowned artists as Vermeer and Picasso; was the principal instrument of such seminal rock bands as the Beatles and Rolling Stones; and individual musicians from Elvis and the Everly Brothers to Eric Clapton and Jimi Hendrix; it explains how this stringed instrument has captured popular imagination and permeated culture. “It’s hard to find anyone who hasn’t been affected by the guitar, whether as players or just fans of all types of music. And while this may be apocryphal,” Newquist adds, “it’s a widely held belief that the two most recognizable man-made shapes on the planet are those of the Coca-Cola bottle and the electric guitar.”

Medieval to Metal also includes graphic designer Gerard Huerta’s illustrations of historically important guitar designs (Huerta is known for his award-winning work for the entertainment and recording industry) as well as photographs of acclaimed musicians with their guitars by legendary rock concert photographer Neil Zlozower.

Medieval to Metal: The Art and Evolution of the Guitar runs through May 1, 2016. High resolution images may be downloaded at the Museum of New Mexico Media Center here.

The National GUITAR Museum is the first museum in the United States dedicated to the history, evolution and cultural impact of the guitar. Its touring exhibitions, launched in 2011, will be installed in over two dozen different cities before becoming the basis of The National GUITAR Museum in a permanent home—the location of which will be announced in 2018. The organization was founded in 2009. 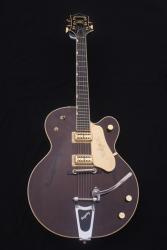 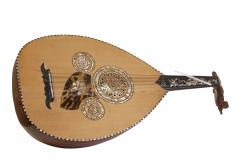 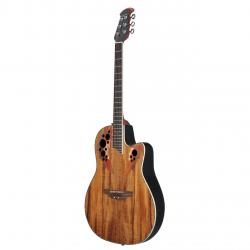 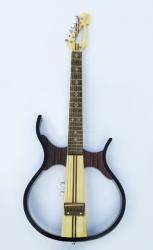