The Morris Miniature Circus: Return of the Little Big Top


After 30 years, the beloved Morris Miniature Circus returns to the Museum of International Folk Art. Built over the course of 40 years by W.J. “Windy” Morris (1904–1978) of Amarillo, Texas, the Morris Miniature Circus is a 3/8”-scale model of a 1920s circus that was acquired by the museum in 1984 and last exhibited in 1986. In 2016, the museum will restore and install the Circus once again. The exhibition opens with a public reception on Sunday, April 3, 2016, 1-4pm.

The Morris Miniature Circus is modeled after a 1920s-1930s “railroad circus,” back in the days when a circus would come to town by rail, set up in a day, perform for a local audience, then pack up and move on to the next venue. Morris fondly remembered the excitement that accompanied the arrival of the circus of his youth—with its steam calliope, horse-drawn circus wagons, and parade of performers and animals—and sought to preserve those memories when he began the Morris Miniature Circus in the 1930s. In a self-printed booklet on his miniature circus, Morris lamented the transition from railroad circus to the modern, mechanized circus that takes place to this day in large arenas: “Much of the glamor or the old circus was rapidly disappearing. In less than ten years, the spectacle had completely transformed…”

Morris completed a preliminary Circus in 15 years, but then continued to work on this labor of love for another two and a half decades, until 1970, far exceeding the scale and complexity he had ever envisioned for it originally. The Circus consists of thousands of pieces, most hand made by Morris through a variety of techniques from woodcarving and painting to clay modeling and moldmaking. Some components he created are mechanized—including a festive horse-drawn street parade—but others were constructed from a more mundane material: the wood from cheese boxes.

Charlene Cerny, Director Emerita of the museum and its current interim director, fondly remembers when the Morris Miniature Circus was last shown, in 1986: “The pure artisanry of this amazing piece, with its tens of thousands of individual pieces, delighted our audiences then, and I am sure it will again. This is an exhibition that will be cherished by families who visit and anyone else who remembers the joy and anticipation that a circus coming to town once brought.”

The return of the Morris Miniature Circus will be accompanied by a range of activities and public programs. The opening reception on Sunday, April 3, 2016, 1-4pm, will feature a parade, aerial performances by Wise Fool, and hands-on activities for kids ages 3 to 103. The exhibition runs through December 31, 2016.

INFORMATION FOR THE PUBLIC 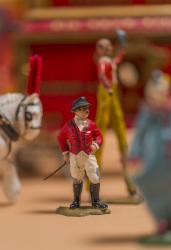 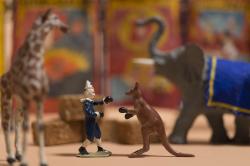 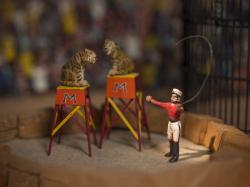 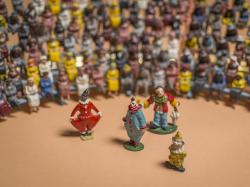 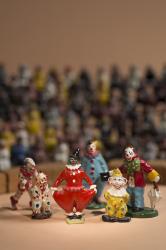 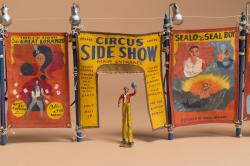 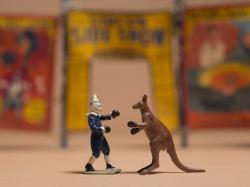 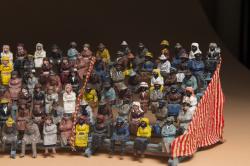 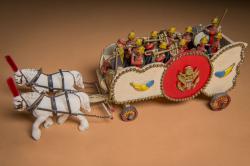 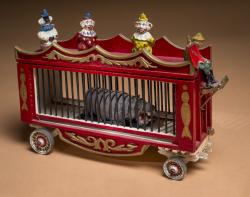