Celebrate the 100th Anniversary of Our National Parks


FOR IMMEDIATE RELEASE—August 10, 2016 (Santa Fe, NM):  This year marks the Centennial for the National Park System in the United States. From Carlsbad Caverns to Chaco Canyon, National Parks pepper the terrain of New Mexico and the southwest. Each helps shape our regional history through the land. In celebration of one hundred years of our national parks, the New Mexico History Museum has scheduled a lecture by Dr. Dwight T. Pitcaithley, the former Chief Historican for the National Parks Service, on Sunday, September 4, 2016 from 2pm to 4pm in the New Mexico History Museum Auditorium at 113 Lincoln Avenue.

Join Dr. Dwight Pitcaithley for an afternoon rediscovering the journey of the parks. Dr. Pitcaithley served as the National Parks Service Chief Historian for ten years and will address the growth of the National Park System over the past century, the little-known community and preservation programs of the agency that reach out into almost every community in the country, and comment on the challenges the National Park Service faces as it begins its second century.

"Since it was created in 1916, the National Park Service has become something much different from the agency envisioned by Woodrow Wilson and Stephen T. Mather one hundred years ago,” Pitcaithley said. “It has grown from thirty-eight parks and monuments to 412.” He added that Historic parks now constitute a significant majority of the places managed by the Service. In addition, Congress has placed the NPS at the center of the nation’s historic preservation program charging it with the administration of the National Register of Historic Places, National Historic Landmarks, and numerous other programs separate from parks that are designed to enhance the quality of life in communities throughout the country.

Dr. Dwight T. Pitcaithley retired from the National Park Service in June 2005 after serving as Chief Historian for ten years. He served a thirty-year career with the NPS within the offices in Santa Fe, Boston, and Washington, DC. His focus on relating to historic preservation and the need for reinterpretation of historic sites led to nationally recognized changes at Gettysburg National Park. He holds a Ph.D. in history from Texas Tech University and has served as president of the National Council on Public History and the George Wright Society.  His most recent publications include The Antiquities Act: A Century of American Archaeology, Historic Preservation, and Nature Conservation, co-editor (2006); and chapters in Becoming Historians (2009), Slavery and Public History: The Tough Stuff of American Memory (2006),  Preserving Western History (2005), and Public History and the Environment (2004). 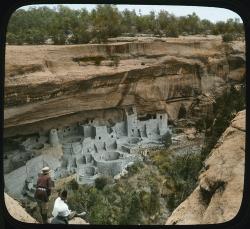 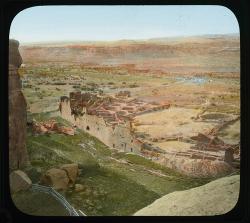