FOR IMMEDIATE RELEASE – August 23, 2016, (Santa Fe, N.M.) In partnership with the National Museum of the American Indian, Washington, D.C., the Museum of Indian Arts and Culture (MIAC) is presenting the two-day event, The Food Sovereignty Project, followed by a Community wide celebration on Museum Hill, focusing on how New Mexico tribes are reincorporating traditional foods into their diets to foster greater health and wellness in their communities. The Food Sovereignty symposium brings together a diverse range of indigenous farmers, herders, and hunters, who have been able to successfully sustain and revitalize food production practices that are vital to traditional life. Also included are tribal program directors and educators who have initiated successful community-based traditional food programs. Food sovereignty efforts are part of a larger national movement of indigenous peoples to create sustainable forms of food production that are Native American driven.

“The process of assimilation of Native Americans by the outside world, which started centuries ago, continues to this day,” said Roxanne Swentzell, well-known Santa Clara artist and author of the newly published book, The Pueblo Food Experience Cookbook. “One aspect of this continued assimilation is the change in traditional diets and as a result, our health has suffered greatly.” The inspiration for the Food Sovereignty Project comes from MIAC Museum Director and long-time Indian educator, Della Warrior. She relates, “The two-day symposium and community day celebration features speakers who have community-based projects that address this long-standing problem among indigenous people by advocating a return to traditional foods. This event really foregrounds the critical work that individuals and tribal governments are doing to improve tribal communities through healthier diets and lifestyles.”

Food Sovereignty Symposium (September 23-24 from 10 am to 3 pm).   (Symposium sessions will be available via a live Facebook feed.)

Community Day Celebration (Sunday, September 25 from 11 am to 4 pm) MIAC’s contribution to Museum Hill’s Community Day this year will include indigenous traditional food with an exciting array of dance performances, storytelling, interactive stations and demonstration booths.  Community Day features a buffalo roast and other harvest foods including squash and corn. Children and families can sample the roasted bison and other traditional foods and participate in art activities and other interactive stations related to traditional foods and methods.  The event also features a host of performances, including Ohkay Owingeh Buffalo Dancers, comedian Drew LaCapa (Apache/Hopi/Tewa), Emmett Shkeme Garcia (Santa Ana Pueblo), and John Garcia (Santa Clara) who are sharing stories of food, family and culture.  Visitors can learn more about the exciting traditional foods programs throughout New Mexico by visiting the informational and food demonstration booths.

Media Contact: Jennifer Padilla for the Museum of Indian Arts and Culture 505-577- 1347 jennpadilla@newmexico.com 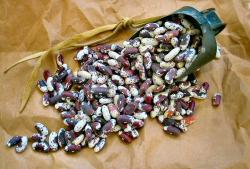 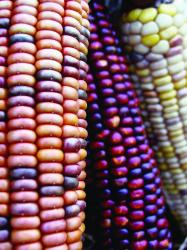 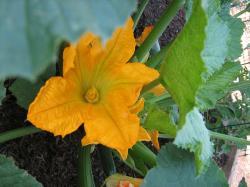