Alcoves 16/17 #5, Fifth Exhibition in a Series of Seven Shows

FOR IMMEDIATE RELEASE—October 5, 2016 (Santa Fe, NM): The New Mexico Museum of Art’s fifth show in the Alcoves 16/17 series will open on October 15, 2016 and be on view through December 4, 2016 with a public opening reception on Friday, October 14, 2016 at 5:30 – 7:30 p.m. The exhibition features works by Mira Burack, Kelly Eckel, Shaun Gilmore, Dara Mark, and Signe Stuart, selected by Katherine Ware, the museum’s curator of photography.

The Alcoves exhibitions are a distinctive feature of the New Mexico Museum of Art, focusing on current work by contemporary New Mexico artists. Alcoves 16/17 is a series of seven rotations over the course of a year, with five artists exhibiting  in each seven-week long rotation. Thirty-five New Mexico artists in total will be featured in this series. These artist-centered showcases feature new ideas, artists at all stages of their careers, and art being made in New Mexico right now.

The current installation features work by artists who share an interest in how structure and material can reveal essences. Included is an installation by Shaun Gilmore with recent drawings and sculpture; wall-hung paper sculptures by Signe Stuart; translucent watercolors by Dara Mark; and surprising, photo-based work by Mira Burack and Kelly Eckel.

Mira Burack lives in the Ortiz Mountains in northern New Mexico. Her work investigates everyday things and the relationship between our bodies, our possessions, and our environment. In her images from the Bed series, she uses the site of the bed, our bedclothes and the experience of sleep to examine layers of materiality and consciousness. Her photographs of ordinary sheets and laundry form the basis for her sculptural collages. Burack earned her MFA degree from Cranbrook Academy of Art and her BA degree in studio art and psychology at Pepperdine University.

Kelly Eckel is an artist in Albuquerque who works with photography, printmaking, and drawing. In her new body of work, the Morphogenic Series, she uses photomontage as a visual parallel for the process of biological evolution. Using photographs of nature specimens as a starting point, she fragments and reassembles them into fresh entities. These new forms are convincingly realized as black-and-white prints that bear some resemblance to scientific illustration. The artist studied photography at Palomar College in California before earning a BFA and an MA degree from the University of New Mexico.

Shaun Gilmore is a mixed-media artist based in Galisteo whose work over the past decade has been strongly affected by her location and her fascination with weather. Trained as a dancer, she is also guided by issues of movement and spatial relationships. In her recent series of drawings titled Whether/Weather she maps a specific location using lines, text and collage. In her new sculptural work, the lines of her drawings are realized in three-dimensional space with the use of wire hangers and strips of newspaper. Gilmore graduated with honors from the University of Michigan with a BFA in painting and photography.

Dara Mark is a painter working in Lamy whose artwork has been influenced by her decades of Chi Gong practice (Chinese energy work). Using synthetic paper for its translucency, she applies watercolor and allows it to flow and pool in accordance with gravity and chance, creating evocative, non-representational compositions that assert a strong sense of presence. Her recent series Elegies was made in response to the death of her husband and resonates with absence, presence, loss, and acceptance. Mark studied architecture at Yale University and after earning her BA went on to earn an MFA from the University of California, Santa Barbara.

Signe Stuart has consistently explored the interconnections between materials and ephemerality in her work in a variety of mediums. Her interest in nature, structure, and pattern has recently found voice in her work with a translucent, long-fiber paper known as unryu, which she both deconstructs and constructs. In these wall-hung paper pieces, she articulates the dualities of figure and ground, strength and delicacy, opaque and transparent, made and unmade, micro and macro. She earned her B.A. degree from the University of Connecticut and her MA from the University of New Mexico. Her 2015 solo show was organized by the Roswell Museum and Art Center and her work is in the collection of the New Mexico Museum of Art.

The Alcoves format dates to the 1917 founding of the New Mexico Museum of Art as the Art Gallery of the Museum of New Mexico. Small one-person exhibitions were held in the gallery alcoves through the 1950s, resuming in the mid-1980s, and again in the early 1990s.

Curator of Photography Katherine Ware, who served as curator for this installation, said, "This show offered me an opportunity to showcase artists hare an interest in materials and processes. I see a connecting thread among these bodies of work having something to do with a tension between simplicity and complexity."

Speaking about the Alcoves series, Merry Scully, Curator of Contemporary Art, said, "New Mexico is home to a very diverse group of artists working across all media. In past history the Alcove exhibits had been grouped and curated along thematic constructs, but just as I curated the 2012 – 2013 sequence of Alcove exhibitions, for Alcoves 16/17 each artist’s space is conceived of individually. The exhibition is a hybrid of thirty five brief one-person exhibitions, and one yearlong exhibition with thirty five artists," said Scully. Another purpose of the Alcoves series and its related programming is to "create a culture of exchange and conversation—to present opportunities for the community to engage in less formal dialogue with the artists, and vice versa," she added.

In addition to the artists included in the exhibitions, dozens more were considered, and many visits to exhibitions, galleries and artists’ studios continue to take place as the balance of the Alcove 16/17 roster is put in place.

Nearly one hundred years ago the New Mexico Museum of Art was built as part of a program to encourage artists to come live and work in New Mexico, and to this day the state continues to be a haven for serious working artists. Many of the artists’ works in those early exhibitions form the historical core of the museum’s collection. However, at the time of their shows, they, too, were contemporary artists working in New Mexico.

Click on this link for more information about Alcoves 16/17.

The New Mexico Museum of Art, founded in 1917 as the Art Gallery of the Museum of New Mexico, is housed in a spectacular Pueblo Revival building designed by I. H. and William M. Rapp based on their New Mexico building at the Panama-California Exposition (1915). The museum’s architecture inaugurated what has come to be known as "Santa Fe Style." For nearly 100 years, the Museum has celebrated the diversity of the visual arts and the legacy of New Mexico as a cultural crossroads by collecting and exhibiting work by leading artists from New Mexico and elsewhere. This tradition continues today with a wide-array of exhibitions with work from the world’s leading artists. The New Mexico Museum of Art brings the art of New Mexico to the world and the art of the world to New Mexico. 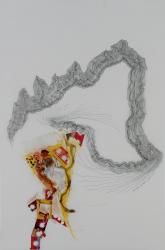 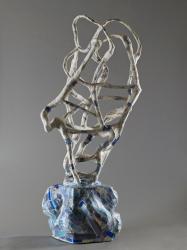 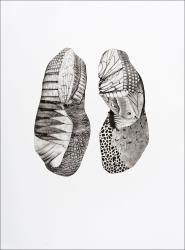 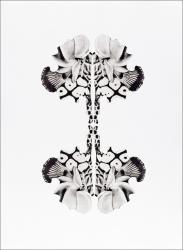 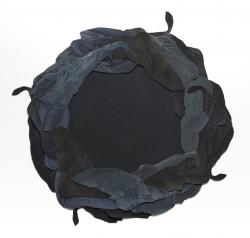