The Sun, The Moon and Chaco Canyon: Recent Findings by the Solstice Project


For Immediate Release: February 7, 2017 (Albuquerque, NM)— In 1977, artist Anna Sofaer visited Chaco Canyon as a volunteer recording rock art. There she rediscovered the now-famous Sun Dagger site, a set of spiral petroglyphs marked by dagger-shaped light forms on the summer and winter solstices and at the spring and fall equinoxes. The site has inspired three decades of research through the non-profit Solstice Project, including new findings that will be presented in an evening lecture at the New Mexico Museum of Natural History & Science on February 17, from 7:00-8:30pm.

“New Mexicans have a long history in space science,” said Jayne Aubele, Museum Educator and Planetary Geologist. “From the Sun Dagger to current Mars Missions, our people have been studying the sky for a thousand years. The story of archaeoastronomy in Chaco Canyon is an amazing part of this legacy."

Anna Sofaer is the author of the book, "Chaco Astronomy: An Ancient American Cosmology," and produced, directed, and co-wrote the award-winning PBS documentaries "The Sun Dagger" and "The Mystery of Chaco Canyon." Robert Weiner is a Research Affiliate with the Haffenreffer Museum of Anthropology at Brown University and a Research Fellow with the Solstice Project.

The lecture will take place at the New Mexico Museum of Natural History & Science. Tickets are available for $6 for general admission, $5 for museum members, and $4 for students. Reserve your seat by purchasing tickets at www.NMnaturalhistory.org or—if seats are still available—at the door the evening of the event. Seating is limited. 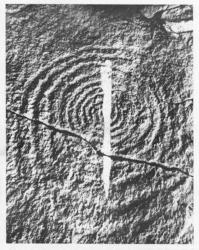