FOR IMMEDIATE RELEASE: March 10, 2017 (Santa Fe, NM)—The man known as the “the Godfather of Counterculture,” Pulitzer Prize-winning poet Gary Snyder ignites Santa Fe’s 50th anniversary celebration of the Summer of Love at the Lensic Performing Arts Center on Sunday, May 14, 2017 at 5pm, with “An evening with Gary Snyder, Hosted by Jack Loeffler.” Snyder’s keynote address launches this summer’s multi-venue multi-partner cultural collaboration, Be Here Now: Summer of Love Santa Fe. This event coincides with the opening day of the exhibition Voices of Counterculture in the Southwest at the New Mexico History Museum. 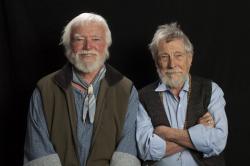 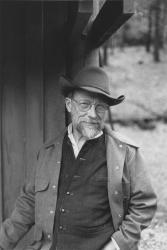