FOR IMMEDIATE RELEASE: March 22, 2017 (Santa Fe, NM)—Cady Wells: Ruminations presents watercolor paintings from one of the Southwest’s most interesting modernists. The exhibition opens at the New Mexico Museum of Art on March 25 and is on view through September 17, 2017. A public reception will be held on April 7, 2017 from 5:30 to 7:30 pm.

Ruminations explores the dynamic and psychologically penetrating watercolor paintings of Cady Wells (1904-1954). This group of more than 22 works all drawn from the museum’s collection features Wells’ uniquely modernist interpretations of Southwestern landforms and cultural-religious traditions. Tracing the trajectory of Wells’ compelling painting career from the 1930s through the 1950s, the exhibition illustrates how his style evolved from cubist-inspired explorations of the regional landscape to haunting and jewel-like expressions of surrealism.

Born to a traditional, well-to-do New England family, Wells settled in northern New Mexico beginning in 1932. There, his art took on the complex layering of a spirit inspired by music, calligraphy and stained glass, but also deeply traumatized by active combat in World War II as well as sexual intolerance. He was plagued for years by his experience of atrocities during World War II and his fear of contamination from atomic experiments at Los Alamos, just miles from his studio. In New Mexico, Wells found communities that provided fertile ground for his artistic and personal development. Painter Andrew Dasburg served as a mentor for Wells as he continued developing his distinctive approach to watercolor. Georgia O’Keeffe was both friend and colleague. In a catalogue of essays on Wells, O’Keeffe wrote, “I believe we are the two best painters working in our part of the county.” Wells looked to a variety of religious and cultural sources—from historic Spanish Colonial traditions of New Mexico to cathedrals of Europe, to the French avant-garde—to inform his own spiritual expressions.  This exhibition examines the biographical events, political anxieties, and regional influences that shaped Wells’ multifaceted ruminations, in his chosen medium of watercolor.

This spotlight exhibition examines Wells’ remarkable singularity from the perspective of the mid-century influences that shaped his increasingly surrealist style. Ruminations takes a close look at Wells’ unique approach to the New Mexican landscape, his interest in the state’s historic Spanish Colonial traditions, and the powerful effect that World War II and the development of the atomic bomb in Los Alamos had on his life and work.

Cady Wells: Ruminations is curated by Catherine Whitney and is presented in partnership with the Philbrook Museum of Art, in Tulsa, Oklahoma. Whitney, Chief Curator and Curator of American art at the Philbrook says; “Working with the Cady Wells collection and staff at the New Mexico Museum of Arts has been an exciting collaborative opportunity and frankly, a win-win for both institutions. Philbrook was excited to present Wells’ dynamic works of modern art here in Tulsa in 2016 and to share his compelling, New Mexico-based story with our visitors. Now this spring, Santa Fe audience will have renewed access to this rich, local collection, presented from an outside curatorial perspective.” 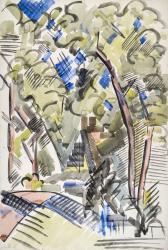 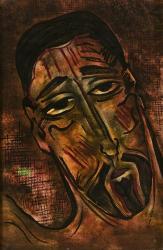 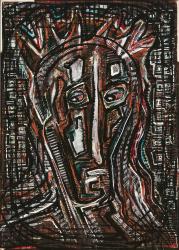 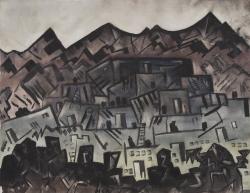 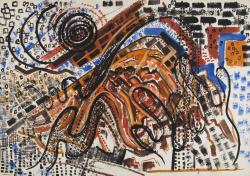 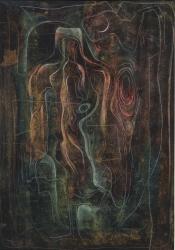