For Immediate Release: May 2, 2017 (Santa Fe, NM) - In celebration of the landmark exhibition Voices of Counterculture in the Southwest, on display at the New Mexico History Museum from May 14, 2017 to February 11, 2018, the CCA Cinematheque presents an eight-month film series, exploring elements including the Summer of Love, Chicano resistance and avant-garde Southwest storytelling experiments.

Highlights include the only New Mexico screening of Long Strange Trip, a new Grateful Dead film; a presentation exploring the 50th anniversary of La Alanazia’s raid at the Tierra Amarilla Courthouse; restored classic and a rare New Mexico appearance of the legendary photographer and filmmaker Danny Lyon. Support for the film series is provided by the New Mexico Humanities Council.

Radical Southwest, a film series runs from May 15-December 13, 2017.  All presentations will be shown at Center for Contemporary Art, 1050 Old Pecos Trail, Santa Fe, except Long Strange Trip which screens at the Lensic.

“Inspires meditation as well as joy, dark thoughts as well as hopeful ones.” ­­­–Roger Ebert

At the height of American angst over the Vietnam War, some 400,000-young people gathered for what became the world’s most famous concert. With Richie Havens, Joan Baez, The Who, Joe Cocker, Crosby, Stills, Nash & Young, Ten Years After, John Sebastian, Santana, Sly and the Family Stone, and Jimi Hendrix, the music was unreal, but still more vivid are the scenes of the hippies who arrived en masse, and played in the mud, and the nearby farmers, merchants, policemen and locals, largely stunned by the scene. Directed by Michael Wadleigh and edited by Martin Scorsese and Thelma Schoomaker. (U.S., 1970, 184m)

D. A. Pennebaker captures Bob Dylan on-screen as he never would be again during his 1965 tour—his last as an acoustic artist. The future Nobel laureate is surrounded by teen fans, engages in heated philosophical jousts with journalists, and kicks back with fellow musicians Joan Baez, Donovan, and Alan Price. This radically conceived portrait of an American icon distills a seminal moment in time. (U.S., 1967, 96m, Janus Films)

Thursday May 18, 6pm: Leonard Cohen’s Bird on a Wire

“Simply one of the most beautiful and moving music documentaries I have ever seen. The behind-the-scenes Leonard snooping is both fascinating and hilarious.” –Telegraph

Famed documentarian Tony Palmer follows the legendary musician/songwriter/poet during his 1972 European concert tour, as he performs his classics, “Suzanne,” “Sisters of Mercy,” “Chelsea Hotel,” “Famous Blue Raincoat,” “So Long, Marianne”—and reveals himself to be the most reluctant of folk-music heroes. Never released, this is a startling portrait of a visionary of the counterculture era. (U.K., 1972, 103m)

“The first two hours is a great rock doc. The next two are the most exuberant and heartbreaking profile of fame I’ve ever seen.” –Jordan Hoffman, Vanity Fair

Martin Scorsese presents this story of the Grateful Dead, the ultimate counterculture band, who emerged from the San Francisco scene with a blend of bluegrass, folk and improvisation. In an age of drug-fueled experimentation, the band cultivated a fan base willing to travel to new realms of experience. Director Amir Bar-Lev (MY KID COULD PAINT THAT) draws from an unbelievable treasure trove of largely unseen materials, including an interview with Jerry Garcia, to create a tapestry of the era’s most unlikely rock heroes. (U.S., 2017, 235m)

“They stole our land and gave us powdered milk!” On June 5, 1967, members of the Chicano activist group La Alianza Federal de Mercedes, with its charismatic leader Reies Tijerina, raided the Rio Arriba County courthouse in Tierra Amarilla, New Mexico, intending to free fellow activists they felt had been illegally detained. In the resulting clash, two law-enforcement officials were shot, hostages were taken and one of the largest manhunts in American history was launched. National coverage, while largely dismissive, nonetheless helped shed light on injustices in Northern New Mexico, and helped connect this home-grown movement with the larger civil rights movement. Join award-winning filmmaker Alex Rivera (Sleep Dealer), who is working on a feature film about the raid, Assistant State Historian Robert Martinez and scholars Simon Trujillo and David Correia, journalist Larry Calloway and other special guests to replay one of the most daring, heated moments of resistance in modern New Mexico.=

On a beautiful June weekend in 1967, at the height of the Summer of Love, the first and only Monterey International Pop Festival captured a decade’s spirit and ushered in a new era of rock and roll. Among the performers: Janis Joplin, Otis Redding, Simon and Garfunkel, the Mamas and the Papas, the Who, the Byrds, Hugh Masekela, and the extraordinary Ravi Shankar. D. A. Pennebaker captured it all in vérité style, immortalizing moments that have become legend: Pete Townshend destroying his guitar, Jimi Hendrix burning his. (U.S., 1967, 78m, Janus Films)

At the height of his avant-garde fame, the visionary poet Michelangelo Antonioni set off to the American Southwest to tell the story of a campus radical (Mark Frechette) who goes on the lam, steals a plane and meets a secretary (Daria Halprin) in Death Valley. A box office disaster upon release, the film is now hailed by The Guardian as a landmark of counterculture cinema, “an adventure with something in common with Easy Rider and Bonnie and Clyde. It was a midwife to the desert reveries of David Lynch, and provided an acid flashback to Hitchcock’s North by Northwest.” (U.S.-Italy, 1970, 111m)

“The trip of a lifetime … an admiring, even loving celebration” –LA Times

In the 1960s, two conventional Harvard professors began probing the edges of consciousness. Over the next five decades, the two greatly impact modern thought, Timothy Leary as a counter-cultural legend and Richard Alpert as Ram Dass, a spiritual teacher. Gay Dillingham’s film, narrated by Robert Redford, offers an intimate portrait of an epic friendship, through life and into the next realm. (U.S., 2014, 95m)

Peter Bratt’s documentary sheds light on New Mexico’s Dolores Huerta, the enigmatic, intensely private founder of the United Farmer Workers, and most important activists in American history still missing from the history books. With unprecedented access, Bratt portrays a heroic and very human woman, whose tireless commitment to the marginalized led her to confront Teamsters on a picket line, and face baton-wielding policemen. Her fearlessness and vision, in partnership with Cesar Chavez, made the world a safer place for workers, particularly Latinos. (U.S., 2017, 95m)

“Essential and revelatory … made in 1985, but its heartbreaking refrain is both well known within the prison complex and shatteringly unique in its portrayal of an individual … it’s a story that resonates even louder today.” –Vogue

One of the leading photographers of the last 50 years, Danny Lyon was the official photographer for Student Nonviolent Coordinating Committee (SNCC), and present at almost all the major historical events during the Civil Rights Movement. He has had solo exhibits at the Whitney Museum of American Art, the Art Institute of Chicago, the Menil Collection and the M. H. de Young Memorial Museum in San Francisco, and received two Guggenheim Fellowships; a Rockefeller Fellowship, Missouri Honor Medal for Distinguished Service in Journalism; and a Lucie Award. His classic film WILLIE, shot over the course of 15 years in Bernalillo, follows a man in constant, defiant conflict with and the judicial system. Followed by an on-stage interview. (U.S., 82m, 1985)

“Stunning … drives its remarkable power and conviction from the reality of the faces and the face of the American Southwest and South … If there is an American New Wave, film historians will cite the film as early evidence.” –LA Times

After two hippies on Harleys find themselves with some cash, and on the run, they head on a cross-country tour, stopping in New Mexico, where they find a commune with residents who are both open-minded and perhaps spiraling out of control, and into small-town America, where they are confronted with bigotry and hatred. A snapshot of a culture gone awry, and a winner at the Cannes Film Festival, Peter Fonda and Dennis Hopper’s film remains a defining work of the 1960s. With Karen Black, Jack Nicholson. (U.S., 1967, 96m)

Schedule and details are subject to change; please visit www.ccasantafe.org  or call 505-982-1338 to confirm dates and programming. 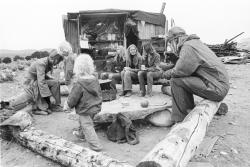 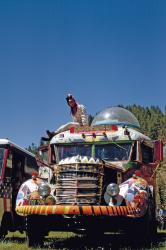 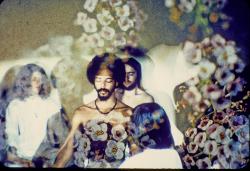 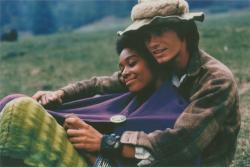 An Evening with Gary Snyder, Hosted by Jack Loeffler 05/14/17

Member Preview: Voices of Counterculture in the Southwest 05/13/17

The Circles First Look: Voices of Counterculture in the Southwest 05/11/17