WOW will be on the road statewide, bringing exhibits from DCA’s eight museums to rural communities throughout New Mexico. Throughout the summer the mobile museum will stop primarily at public libraries and other children’s venues.  During the school year, WOW will visit rural elementary schools with fourth and fifth grade curriculum.

After a successful kick-off in Hobbs in April, the WOW van has traveled to Mescalero, Ruidoso, Corona, Quemado, Magdelena, Socorro, Silver City, Deming, and Bayard.  Other community visits have been scheduled in San Felipe, Embudo, Bloomfield, Farmington, Ojo de Caliente, Aztec, Carlsbad, Eunice, Jal, Grants, Acoma, Laguna, Kewa, and Ramah. Many more communities are planned but not yet booked.

The WOW mobile museum program fulfills the agency goals that DCA museums serve the entire state in local communities directly, in addition to the communities throughout the state in which the museums and historic sites are located.  WOW will rotate exhibits through the state museum system, with next year’s exhibit being from the Museum of Indian Arts and Culture.

The budget for this program was funded through state and private funding in a partnership between DCA and New Mexico Public Education Department.  Renovation of the WOW van was made possible through generous donations from the Maddox Foundation in Hobbs, S.P. and Estelle Yates Foundation in Artesia, and the Chase Foundation in Artesia. 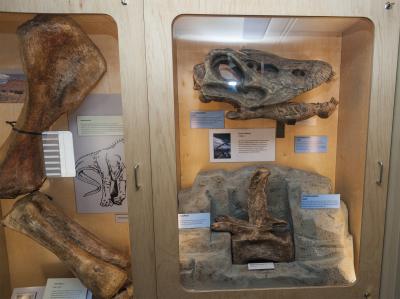 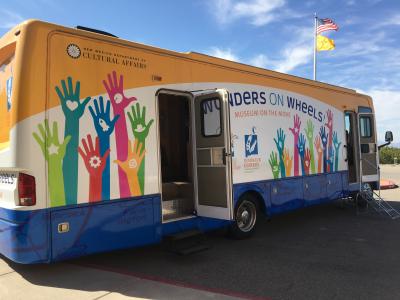 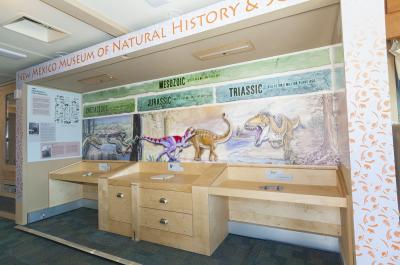