Mission to the Asteroid Belt


(Albuquerque, NM) --- The New Mexico Museum of Natural History & Science has opened a new, one-of-a-kind exhibition about NASA’s Dawn space probe and the amazing discoveries it has made during its 10-year journey through the solar system. This temporary addition to the space science area will be available through mid-2018.

Dawn traveled to and explored Ceres and Vesta, the largest objects in the main asteroid belt, located between the orbits of Mars and Jupiter. The data and images acquired by Dawn transformed these ancient bodies from fuzzy patches of light into geologic worlds.

Large, detailed wall panels tell the story of how the solar system formed and highlight key features of the main asteroid belt. Photographs, maps, and 3D images provide a spectacular, up-close look at Vesta and Ceres. A video monitor shows computer animations made from data acquired by Dawn’s instruments. A scale model of the spacecraft can be studied along with a description of how its ground-breaking ion propulsion system was able to travel so far with minimal fuel.

Several meteorites from UNM’s Institute of Meteoritics are on display along with an explanation of their origins. These include meteorites that are believed to hail from Vesta.

The exhibit was designed and curated by Dr. Tom Prettyman, who is one of the Dawn mission’s researchers and a resident of Albuquerque. The museum’s planetary geologists Jayne Aubele and Dr. Larry Crumpler, who is a science team member on the Mars Exploration Rover, contributed content and expertise.

“We are very fortunate to have so many outstanding scientists working here in central New Mexico,” said Jim Greenhouse, the museum’s space science director. “Their willingness to share knowledge and discoveries is a huge asset to the museum.”

This fascinating look at Dawn’s journey through the solar system joins the museum’s feature traveling exhibition, Wild Music: Sounds & Songs of Life, a highly interactive new exhibition exploring evidence for the biological origins of music on exhibition thorugh January 7, 2018.  These special areas join the Walk Through Time and other permanent installations to engage general visitors and school children throughout the remainder of 2017.  All are included in museum admission.

About the New Mexico Museum of Natural History & Science:  Established in 1986, the New Mexico Museum of Natural History and Science’s mission is to preserve and interpret the distinctive natural and scientific heritage of our state through extraordinary collections, research, exhibits and programs designed to ignite a passion for lifelong learning. The NMMNHS offers exhibits, exhibitions, programs, and workshops in Paleontology, Geoscience, Bioscience, Earth Science, Natural Science, Gemology and is the Southwest’s largest repository for dinosaur fossils, and includes a Planetarium and a DynaTheater. A division of the New Mexico Department of Cultural Affairs, the Museum is open 7 days a week, from 9am-5pm, closed Thanksgiving, Christmas, and New Year’s Day. Located at 1801 Mountain Road NW, northeast of Historic Old Town Plaza, Albuquerque, NM 87104, (505) 841-2800. http://www.nmnaturalhistory.org. 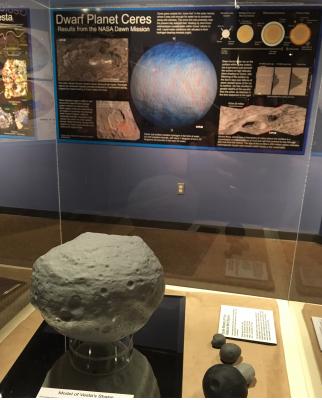 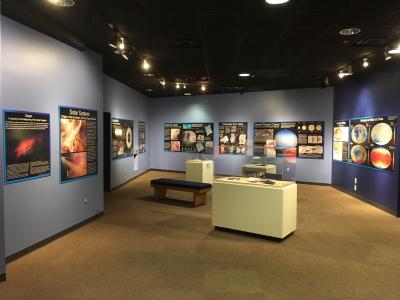