This December, Shop at Santa Fe’s Peruvian Connection Store, and 10 Percent of Your Purchase Benefits MOIFA


FOR IMMEDIATE RELEASE: November 28, 2017 (Santa Fe, NM)—As part of an innovative public-private partnership, Peruvian Connection announces that for the month of December 2017, 10 percent of shoppers’ purchases at its Santa Fe store, 328 S. Guadalupe, will be donated to the Museum of International Folk Art upon mention of Peruvian Connection’s advertisement in the Winter 2017 issue of El Palacio magazine. The issue goes into distribution December 1, 2017. Look for it in select hotels, restaurants, and visitors centers.

The promotion coincides with new exhibition, Crafting Memory: The Art of Community in Peru, which opens at MOIFA, 706 Camino Lejo, Sunday, December 3, 2017. Visitors will see examples of traditional Peruvian weaving, textiles, retablo-making, and silversmithing—reinterpreted for the 21st Century.

Peruvian Connection was launched in 1976 by mother-and-daughter team Biddy and Annie Hurlbut. While researching anthropology in Peru, Annie—then a 19-year-old Yale student—fell in love with the extraordinary hand-woven mantas and ponchos she discovered in the markets of Cuzco. She began bringing them back to her Kansas home, selling them in small quantities. More than 40 years later, Peruvian Connection offers alpaca and pima-cotton clothing made by Peruvian artisans at its boutiques in Santa Fe, Kansas City, Chicago, Boston, New York, Washington DC, and London, via its catalog, and on its website peruvianconnection.com . In 2016, the International Alpaca Association designated Annie Hurlbut, CEO of Peruvian Connection, its first US Ambassador of Alpaca del Peru, an exclusive mark carried only by the highest-quality alpaca products.

“This partnership is a great fit for the Museum and Peruvian Connection,” said Amy Groleau, Ph.D., MOIFA’s curator of Latin American Collections and the curator of Crafting Memory. “Annie Hurlbut is a businesswoman who also values scholarship and cultural preservation."

Peruvian Connection is also a supporter of Pro Mujer Peru, an organization that has helped Peruvian women rise above the poverty line by offering them access to credit, basic business training, and affordable healthcare services. Due to the fact that a staggering 70 percent of Peruvian women work in precarious conditions with low incomes and without access to social benefits, operating a small business is often a woman’s best means of supporting a family. For many Peruvian women, these small businesses are also in the textile industry.

The exhibit Crafting Memory promises to increase the visitor’s understanding of Peru’s textile tradition and culture by showing recent works alongside historic examples from MOIFA’s collection. It includes folk art from urban centers such as Lima—including contemporary adaptations of familiar articles of Peruvian clothing such as the pollera (Andean gathered skirt) and the chullo (men’s traditional knit hat with pom-poms and ear flaps) that marry traditional attire with contemporary fashion.

“The Museum of International Folk Art strives to enrich the human spirit by connecting people with the arts, traditions, and cultures of the world,” said Khristaan Villela, Ph.D., MOIFA director. “To that end, MOIFA and Peruvian Connection have very similar visions.”

December is a great time for Santa Feans to revel in the culture of Peru and know that their holiday shopping serves a larger purpose—that gifts for family and friends translate to gifts for the Museum and Peruvians as well.

“Of the seven Peruvian Connection stores, our Santa Fe store is in the smallest city by far,” said Annie Hurlbut, CEO and founder. “Nevertheless, it has flourished for decades because Santa Feans appreciate the quality and artistry of our products and care about the ways in which their purchases positively impact others. The advent of Crafting Memory is a wonderful time for Peruvian Connection to give back to the community by supporting Santa Fe’s beloved Museum of International Folk Art.”

Center: Mention this advertisement in the Winter 2017 issue of El Palacio magazine, and 10 percent of your purchase at Santa Fe’s Peruvian Connection store, 328 S. Guadalupe, benefits the Museum of International Folk Art as a celebration of its new exhibition Crafting Memory: The Art of Community in Peru, opening December 3, 2017.

Right: Amapolay, “520 Años de Resistencias” (520 Years of Resistance) Lima, Peru, 2015. Paper, ink. Museum of International Folk Art, IFAF Collection, FA.2015.86.6 Peruvian Gráfica Popular is flourishing in Lima with a variety of collectives producing bold prints that remix traditional Andean and Rainforest symbolism with urban aesthetics. Amapolay is one such group that works to promote solidarity among marginalized communities and to bring visibility to political, economic, and social issues of the day. Works like this one are part of the new exhibit, Crafting Memory: The Art of Community in Peru, opening December 3, 2017 at the Museum of International Folk Art, Santa Fe.

About the Museum of International Folk Art: http://www.internationalfolkart.org/ Founded in 1953 by Florence Dibell Bartlett, the Museum of International Folk Art’s mission is to foster understanding of the traditional arts to illuminate human creativity and shape a humane world. The museum holds the world’s largest international folk art collection of more than 150,000 objects from six continents and over 150 nations, representing a broad range of global artists whose artistic expressions make Santa Fe an international crossroads of culture. For many visitors, fascination with folk art begins upon seeing the whimsical toys and traditional objects within the Girard Collection. For others, the international textiles, ceramics, carvings and other cultural treasures in the Neutrogena Collection provide the allure. The museum’s historic and contemporary Latino and Hispano folk art collections, spanning the Spanish Colonial period to modern-day New Mexico, reflect how artists respond to their time and place in ways both delightful and sobering. In 2010, the museum opened the Mark Naylor and Dale Gunn Gallery of Conscience, where exhibitions encourage visitors to exchange ideas on complex issues of human rights and social justice. A division of the New Mexico Department of Cultural Affairs. 706 Camino Lejo, on Museum Hill in Santa Fe, NM 87505. (505) 476-1200. Hours: 10 am to 5 pm daily, May through October; closed Mondays November through April, closed Easter Sunday, Thanksgiving, Christmas, and New Year’s Day.

About El Palacio magazine: First published in 1913, El Palacio is the oldest museum magazine in the United States. El Palacio is a stunning tribute to scholarly achievements and research in the diverse arts, history and culture of the Southwest. El Palacio is a glossy, full-color, fine-art magazine published quarterly in Santa Fe. El Palacio features original and updated research; book excerpts; interviews with celebrated historians, authors, scholars and ethnologists; and discussions on major exhibitions and public programs at the Museum of International Folk Art, Museum of Indian Arts and Culture, New Mexico Museum of Art, New Mexico History Museum, National Hispanic Cultural Center, Office of Archaeological Studies and New Mexico Historic Sites. Subscriptions to El Palacio are $24.99 for four issues (one year) and $39.99 for eight issues (two years). For international subscribers, an additional fee of $20 for 4 issues, or one year, applies.

Events, news releases and images about activities at the Museum of International Folk Art, El Palacio magazine and other divisions in the Department of Cultural Affairs can be accessed at www.media.newmexicoculture.org

About Peruvian Connection: For more than 40 years, Peruvian Connection has been privileged to work closely with some of the finest traditional cottage industries of South America. Peruvian Connection is committed to fair wages, quality working conditions, and high-quality products—in both artistry and fiber quality. Besides producing fiber of incredible durability and softness, Peruvian alpacas graze lightly on the land, require less water than other fiber-producing animals, and sustain the Andean people and their cultural heritage. Find out more, find a store near you, shop on-line, or sign up for our catalog at peruvianconnection.com. 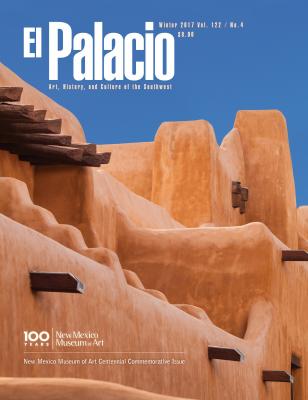 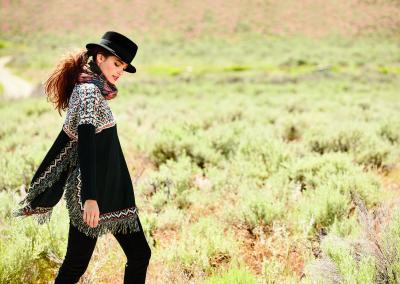 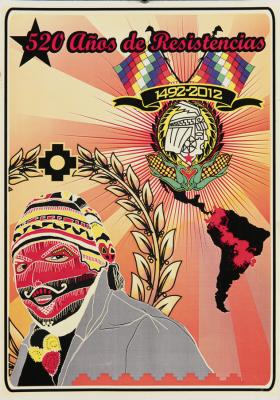 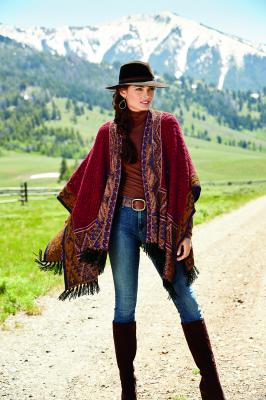 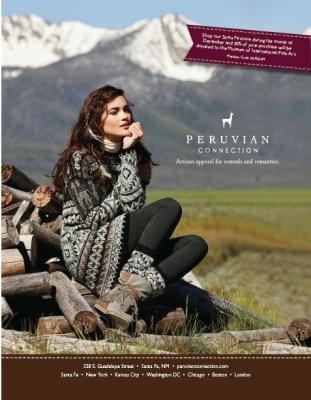