(Santa Fe, NM) — During the opening celebration of its new exhibition The Land That Enchants Me So: Picturing Popular Songs of New Mexico, the New Mexico History Museum will unveil a long-lost original recording of New Mexico’s state song, O, Fair New Mexico, sung by its author, Elizabeth Garrett. 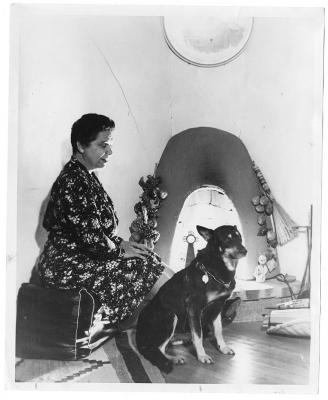