With infamy gained through the Lincoln County Wars, and the lives of Billy the Kid and Pat Garrett, the history of Lincoln, New Mexico is riddled with acts of revenge, vigilante justice and senseless violence. Between 1870 and 1886, more than 50 people met a violent end along the main road.

Reports of paranormal activity in these two storied southeastern New Mexico Historic Sites dates back more than a century. Spine-tingling tales from former workers and people who have had unusual experiences at these and other New Mexico venues are being preserved by the Lincoln County Paranormal Society (LCPS).

“In the 1920s there were reports of shadow figures and unexplained crying in the administration building. One person reported hearing Indian drums and flute music.”. -LCPS website

“Both Fort Stanton and Lincoln take on an other-worldly atmosphere when you walk through them at night,” said Tim Roberts, Regional Manager for Lincoln and Fort Stanton Historic Site. “It’s very easy imagine you’ve been transported back in time.  The experienced is greatly enhanced by the Lincoln County Paranormal Society. They bring the stories of this area to life, giving context to the experiences of the people who lived and worked here and walked these very paths.”

“I never believed in ghost and stuff like that until I got my janitorial job, my first night I saw something evil.  El Diablo sus solo (Translation: The Devil Himself”).” – 1930s former janitor, Emanuel Beltron who quit the next morning. -LCPS website

During the After Dark events visitors can explore the grounds and buildings of Lincoln and Fort Stanton, interact with costumed living historians, storytellers, and investigators from the Lincoln County Paranormal Historical Society.

In the 1940s amid 24 suspicious deaths, and 37 documented suicides, while working in the administration building Connie Montes reported, “Something grabbed my hair and threw me back in the chair.” – LCPS website.


About New Mexico Historic Sites: http://nmhistoricsites.org/ On March 14, 1931, the New Mexico Historic Site system was established by an Act for the Preservation of the Scientific Resources of New Mexico, to "declare by public proclamation that historic and prehistoric structures and other objects of scientific interest that are situated upon the lands owned or controlled by the State of New Mexico, shall be state monuments, and may reserve as a part thereof such parcels of land as may be necessary to the proper care and management of the objects to be protected." Under the direction of the New Mexico Department of Cultural Affairs, six sites are open to the public: Coronado, Fort Selden, Fort Stanton, Fort Sumner Historic Site/Bosque Redondo Memorial, Jemez, and Lincoln. The Los Luceros Historic Property is open to the public during scheduled events and by appointment (505) 476-1130. 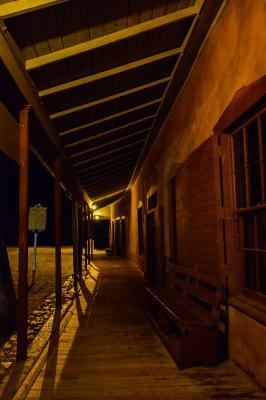 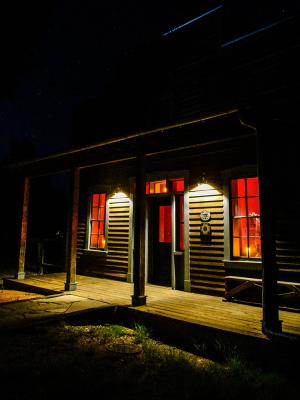 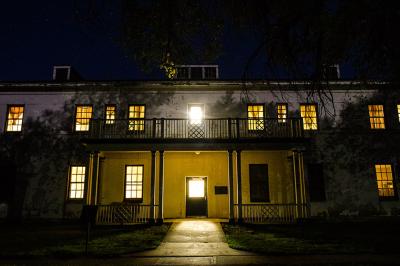 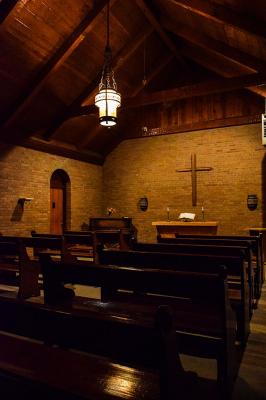