(Santa Fe, New Mexico) – It was 1968 when Trappist monk Thomas Merton visited the Benedictine monastery Christ in the Desert, near Abiquiu, New Mexico, shortly after it was founded. Merton’s writings and photographs of the experience brought the secluded monastery to the attention of a wider community of people seeking sanctuary and spiritual inspiration.

An exhibition titled, Light in the Desert: Photographs from the Monastery of Christ in the Desert by Tony O’Brien opens at the Governor’s Gallery on the fourth floor of the New Mexico State Capitol Building, Friday, April 27.

After being imprisoned in Afghanistan while on assignment for Life magazine in 1989, photojournalist Tony O’Brien sought solace and perspective at the monastery. He returned in 1994 to do a story and, in the process, became a practicing member of the community. During his yearlong residency, O’Brien was granted rare access to photograph the monastery and the daily activities and offices that have been kept in a tradition dating back to the Middle Ages. O’Brien’s camera became an instrument of contemplation and spiritual healing, his reverent photographs reflecting the harsh beauty as well as the austerity of the monastic life.

Tony O’Brien’s work as a photojournalist has appeared in many national and international publications. He teaches photography at the Marion Center of Photographic Arts at the Santa Fe University of Art and Design. He has authored two books, Light in the Desert, Photographs from the Monastery of Christ in the Desert and Afghan Dreams: Young Voices of Afghanistan. He lives in Santa Fe, New Mexico, with his family.

This traveling exhibit of original selenium-toned photographs was organized by Palace of the Governors Photo Archive at the New Mexico History Museum, Santa Fe, New Mexico.

About the Governor’s Gallery:  The Governor’s Gallery is an outreach facility of the New Mexico Museum of Art and the Department of Cultural Affairs. The Gallery features several exhibitions a year representing the art and culture of New Mexico. It is located on the 4th floor of the State Capitol, at the corner of Old Santa Fe Trail and Paseo de Peralta.

Clara Apodaca, former first lady of New Mexico (1975-1978), founded the Governor’s Gallery in 1975.  The first exhibition featured the paintings of Georgia O’Keeffe, who closely supervised the installation of her show. Subsequent displays featured the art of nationally recognized New Mexican artists such as Fremont Ellis, Peter Hurd and Henriette Wyeth.

Every fall, the New Mexico Museum of Art and New Mexico Arts co-sponsor the Governor’s Awards for Excellence in the Arts, honoring major contributors to the arts. The Governor’s Gallery hosts the exhibition honoring that year’s recipients of this prestigious award.

About the New Mexico History Museum and Palace of the Governors National Historic Landmark: http://www.nmhistorymuseum.org. Opened in May 2009, as the state system’s newest museum, the New Mexico History Museum is attached to the Palace of the Governors National Historic Landmark, a distinctive emblem of U.S. history and the original seat of New Mexico government. The History Museum serves as an anchor of the campus that includes Palace of the Governors, the Palace Press, the Fray Angelico Chavez History Library, and Photo Archives. The Museum presents exhibitions and public programs that interpret historical events and reflect on the wide range of New Mexico historical experiences and serves as a history center for research, education and lifelong learning, delivering quality programs that encourage knowledge, understanding and appreciation of New Mexico’s diverse cultures. A division of the New Mexico Department of Cultural Affairs. 113 Lincoln Ave. in Santa Fe, NM 87501. (505) 476-5200. Hours: 10 a.m. to 5 p.m. daily, May through October; closed Mondays November through April.  Events, news releases and images about activities at the History Museum and other divisions in the Department of Cultural Affairs can be accessed at media.newmexicoculture.org. 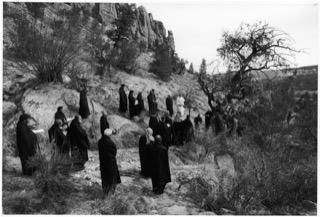 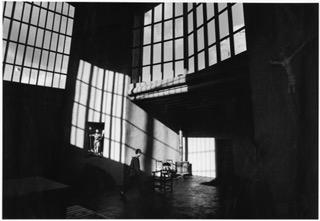 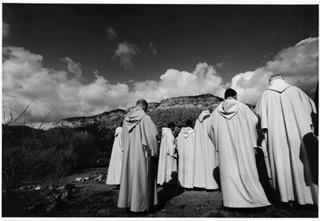